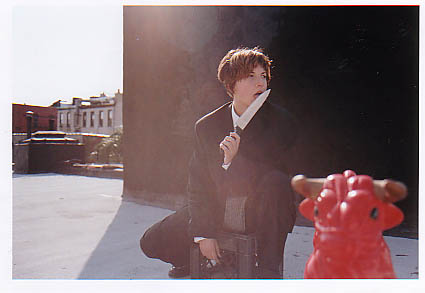 and sent in $20 for the cause. the goal is a cool g before the end of august which pretty much adds up to a buck from each of you. slight catch is i can not have ever met you.

for example, ashley’s friend anita from canada sent in a buck today. perfect. thank you anita. thank you, ed. that brings the august total to $110.

ooooh whats this? because we broke $100 we get to open an envelope.

which one should it be?

the pink one, the red one? blue?

ok the gray one it is.

she likes boys and girls.

but my favorite page of hers are product reviews from items found on in the back of comics.

her name is raymi.

she wrote me an email.