shes a smart girl its obvious and pretty and confident even though young and smart and pretty and sexy iwant to be someone better i want to do something bigger i want to i want to i want to i cant believe how much i get to. she i hope understood what i was saying but theres no way she could understand what im saying. i want this computer to get fixed soon. the viruses have it pinned down but it keeps moving its head quick to the left cheek then quick to the right cheek, headbutting when the virus gets too close to the lips, tounge slithering out, teeth glistening in the light of the tv.

peak upon peak upon peak and youre faster peak upon strength upon rock upon magical. she has a magical smile and courtney love eyes and a voice like raymi thats deep sometimes and grainy. she held herself she did well for herself she called herself a girl she proved her spot in this whirling and whirling and spining and turning i saw the i letter that said that i said i too much. touch too much. touch too much. i i i i too much. you suck too much. like incubus. you suck at us.

i didnt want to meet elvis costello after i met paul westerberg. bruce climbed the fence at graceland, i stood in line at spaceland. sometimes the image the idea the day dream the ice cream is better in the mind than in the orange rind. he had orange rinds all over. he had his hands on his back he had guns in his rack we had guns at his back i said why the orange rinds he said xbi i said no such thing he started crying he said please dont kill me i said answer the question he said i didnt believe you existed i said feel your arm twisting he said dont touch my girlfriend i said you probably should stop moving he said for the weed i said what he said orange rinds orange rinds the whole place smelled of lemon peels i mean orange rinds this years potpourri the devil still owes me he said shes my true love i said this isnt about her quit talking about her you want to talk about her you dont want us to talk to her he said no no i said no one wants or needs her but what of these orange rinds.

and their asses and bailed out early this morning, hours before we, the xbi, had shown up.

plus i just found out that my true lust has the wrong birthday.

i try not to believe in astrology but when it keeps coming true what can you do?

but theyre all cute.

sad thing about astrology being right is that its been so right.

someone just told me that sammy’s appeal has been heard and major league baseball has reduced the suspension from 8 days to 7 days.

what does this teach kids? do kids get to appeal their suspensions? wheres the kids’ union?

so sammy cheats, puts a huge blemish on his career, and gets a week-long summer vacation. fuck you, baseball.

no longer is my fondest wish to travel the world and blog to you about all the wonderful people i meet and delicious foods that i eat.

my new fondest wish isnt to manage the cubs to a world series victory, it’s to be the first black commissioner of baseball.

and trust me there will be minorites in the front offices and in the managerial ranks once im the commish.

and you’ll see the death of the dh.

and people who cheat will not be given week-long summer holidays.

first they had a guy dragging a huge ship anchor and chain across sand. now some dude is pulling a semi truck across a parking lot.

even the ladies at the xbi like the strongman competition which is broadcast on espn every morning.

someone just said in my ear that game one of the stanley cup finals got the same ratings as the womens college softball world series. i think america is saying fuck puck.

nothing other than convert carbon dioxide into oxygen and give birds and bugs and vermin nice little homes in which to live.

i walk past this very large church to the subway each day. the church has a large congregation and lots of volunteers. i dont judge whatever they pray about in their church but i do judge their groundskeeping.

to have so many volunteers they sure have a lot of weeds and ugly plants.

im not sexist, but i have found myself not liking the rides given by the female subway drivers.

he’d say things like wilshire/western this is our final stop, please make sure to take all your personal belongings, cell phones, bags, purses, coats with you. and remember youre all kings and queens. have a beautiful day.

instead i get these women who brake too hard and who always seem suprised that the normandie stop is after the vermont stop.

theres always this, next stop is…. normandie.

why the pause, ladies?

every time you leave vermont station the normandie station will be there.

also they only tell you that this is the wilshire/western train after they close the doors and head off.

its ok to tell the people before you close the doors. infact tell them a few times and tell them the north hollywood train will come in a few minutes.

im looking at the wind blow the trees.

today we’re flying over venice. some gang shit. we’re about to steal a bunch of leather furniture after we make our “citizens arrests”.

im giving mine to the poor.

i already have furniture.

i played the lotto yesterday even though the odds are against me.

similiarly if you want to get a couple million dollars and travel around and write about it may as well get some lottery tickets.

the gang members dont seem to be at home.

someone wants to go into their warehouse anyway but im telling them that it might be a trap.

so now someone is singing “… caught in a trap, and i cant get back

cuz i love you too much baby.”

oh shit, now everyone is singing and laughing

“We can’t go on together

crazy thing is some of these people are about to start shooting at people. 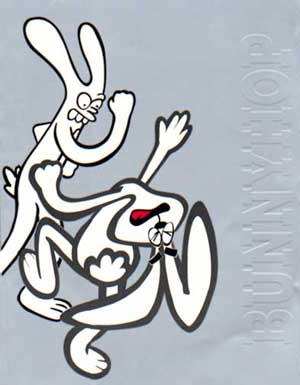 because it was my bestfriend’s birthday and i didnt even get to see her.

if someone that she loved died or moved away, she wouldnt let it bring her too far down. she rolled with the changes. she said that in her 100 years she saw so much change it was insane and just flowed with it all.

i think about that old lady a lot. not because im interested in living to be 500 years old, but because she seemed happy throughout her whole life, and because i dont do as well with change as i’d like. especially with old girlfriends.

i suppose i am still carrying a torch for my ex, which i know is dumb, but its the pattern that i repeat time after time. and i know in my heart that all it does is take years off my life.

not in a mortal sense, but in a real sense. if you close your heart to the world for even a half of a year after you break up with someone then youve taken half a year off your Life, and my pattern has been to go years without giving any of the fine ladies of america a real chance after a break up.

historians might go back to my archives and see that i picked up the hobby of blogging right when my true love and i were breaking up a few years back. and others might say that i started dating ashley immediately, and clipper girl and others, but the truth was my heart was still with yesterdays birthday girl. we talked on the phone every day and hung out at least once a week.

i dont know why im writing about this.

im trying to get my courage up to ask the hottest girl at work out for this weekend.

lets see what my astrology says.

When I’m mountain-biking on the ridge, I usually stick to the relatively smooth parts of the dirt trails. Now and then, though, I head straight towards the most jagged bumps and deepest pits. It feels good to test my sense of balance so dramatically — to have to make countless split-second adjustments as my bike rumbles over the rugged terrain. Far from being a hardship, the sensation is exhilarating. I do it on purpose because it’s fun. From my analysis of the astrological omens, Libra, I reckon you’re now in a phase comparable to the one I just described. May you enjoy every minute of the wild ride.

I guess that means go for it.