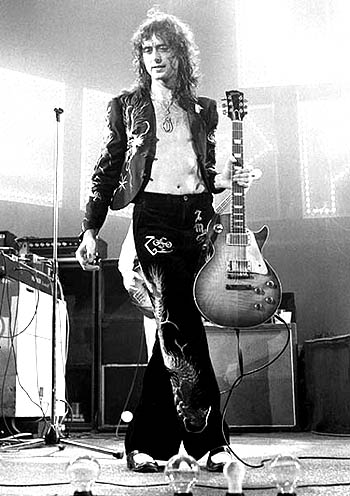 i wish i could tell you about them.

today i wrote the hottest chick at work an email.

hi, did you see old school?

she wrote back with a

in sales they teach you to keep the customer saying yes.

the idea is that when you ask for the sale they’ll have a habit of saying yes to you and they’ll feel comfortable saying yes when you want them to.

i wasnt that sort of salesman.

i would tell them about their choices and then have them decide.

sometimes they would want to go home and think about it, and then i would close them, because, well, that was the game.

if you tricked someone into buying something, eventually they would want to bring it back. lots of times it was within a week.

then you would have to deal with the return, and very rarely would they exchange it, so i recommend never to trick people into things.

i would close them by saying i didnt care if they bought that night, but why not think about it while its at your house.

theories i told them are ok

but if you have the chance to actually experience it, risk free, well, it would be sorta logical to take it home and try it out.

some girls take the confidence right out of me.

this is a good town for events like those.

i told this website that i would like to go to hollywood parties for them and write about it as a blog.

they said whats a blog.

i told them the wall street journal has a blog and i told them about all the other sites that have blogs and they told me that blogs were juvenile and i said but i want to go to famous peoples homes who are throwing hollywood parties and i want to take pictures of the feet of the famous and the bathrooms and their elbows.

i told them i wanted to call the blog elbows and assholes.

i learned that phrase from one of the marines at the xbi. one of the old school ones.

he said that out in the fight if it was particularilly heavy gunfire they would say we were up in our elbows and assholes in shit.

they told me that blogs were unprofessional and sent me on my way.

problem is i have no way.

i havent seen a naked girl in weeks.

the xbi has issued a new procedure thats pretty interesting.

but we can say fuck you to each other.

strangely this has not only cut down on the gunplay but also the verbal assaults.

i really dont curse that much at work. i know if you read the busblog much you’d think im a swearing machine, but not really. i just use those words on here because the legitimate liberal press cannot.

and cuz its fun.

and cuz welch and layne and all the rest of my heroes are too ashamed to on their things, but i understand, theyre professionals and they want people to think that theyre smarter than they are, which they are.

so now im flying over west la, my old home, and im thinking about who i want to give my fuck yous to for this week.

and im also a little worried about who will give me some, which is really weird because when they were unlimited i didnt really say anything evil to people and very few of them said anything evil to me.

but the new russian chick shot at me a few times, so im pretty sure shes gonna fling some curses at me.

when i grow up i want to be a white rapper.

when i grow up i want to be a dj on a pirate radio station that illegally broadcasts the accounts and descriptions of major league baseball without written permission of the commissioner of baseball or the chicago cubs.

and in the background i want to play led zep and janes addiction and motley crue and tsar.

tiger told me that he would dye his hair after i told him that he wouldnt do anything that his model girlfriend didnt like and i told him he was full of shit and yesterday he actually did something relatively non-pussy.

congrats, tiger. you’re that much less not an old white man trapped in a africanamericanasian body.

why is it that i trust that wig-wearing crossdressing backbiter more than our president and his old man combined?

tivo plus hbo is really spectacular. thank you people who created tivo. i love you.

had a woman subway driver today who was really good. wanted to put that into the record.

last night a good friend, make that two good friends who asked me about some previous post and whether or not i was really sad or really mad or really whatever and i had to keep on saying nothing in there is true. and they would say some of it is true and i would have to say none of it is true and theyd say but… and i would interrupt and say nothing in there is true.

and they would say ok, fine.

and i would say, if youre worried, email me. or call.

my phone rings off the hook. still. so maybe i shouldnta said call.

i have no desire to buy the radiohead cd.

i have no desire to get a dvd player.

i have no desire to see the hulk.

cubs keep winning without sammy so today will be a good day.