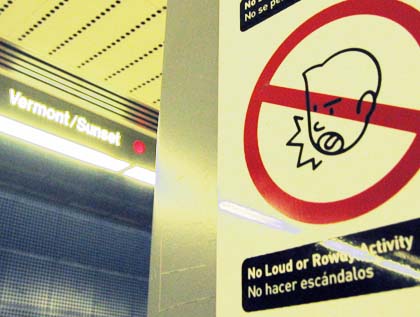 phone kept ringing. too many loose ends left loosed. sunday should really be a day to just rest but i have a big photo essay dealie to give the world even though very few people told me they liked the last one.

got linked a bunch last week though. and several people told me i was their hero.

your hero hasnt gotten any in way too long.

and im not talking ten bucks of flowage either.

even though i probably should.

rickey hit another homer today. i sat around and watched two episodes of the sopranos. and got caught up on the real world, and project greenlight.

i want to watch strangers on a train but im telling you i have this great photo thingie to bust and theres a great story there which i need to unfurl cuz someone will give away the great surprise.

my true love came over yesterday and there are very few people who get my heart beating any time they are around and i couldnt even look at her when she asked me if i liked her new haircut and dye.

its supposed to make my eyes look bluer.

and here i felt so old but now i see im secretly hip.

then why doesnt splink ever write me?

and why isnt the associated press and the santa monica police reading the busblog?

in todays article, they are saying that they are investigating whether or not the old man hit a mercedes on his way to the farmers market.

i told you the day after it happened my homeboy os saw the old coot smash the mercedes.

lock his ass up.

i told you that os thought he was watching a hit and run until the first guy was sent flying into the sky.

meanwhile all the pundits are writing about whether olde people should have licenses or not. how about whether the cops should still have guns and badges after letting a hit and run artist run out of their prison cell because he was old.

every damn day i write this blog to serve mankind.

and there i was serving santa monica, my first california home, and santa monica has turned its back on me.

im going to lie down.

on the day of rest.