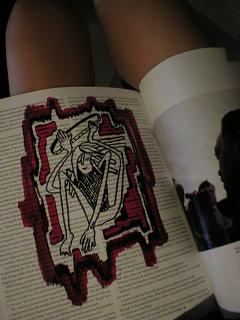 First date: with mary to a hockey game

First self purchased album: meat loaf, bat out of hell

First piercing/tattoo: if it wasnt against the bible i would be covered in tattoos and have nipple piercings

First musician you remember hearing in your house: barry manilow

Last big car ride: when me and karisa went to santa barbara to see beck

Last crush: when my work cafeteria ran out of diet dr. pepper

Last time showered: this morning before chris came over

Last annoyance: some guy outside my window and his dumb cigar

Last time wanting to die: when the yankees got aaron boone

Last time scolded: the cheif engineer didnt appreciate the fact that i flew chopper one home on friday upside down. 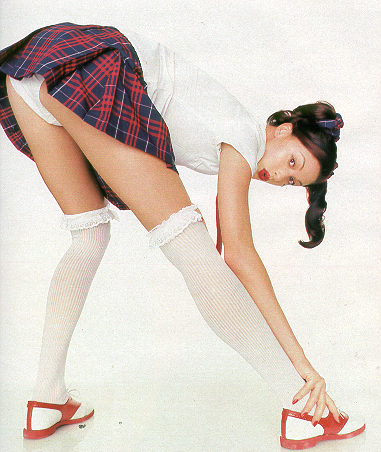 and im wondering if she ruined her career when she got married a few years ago and the answer is a resounding yes. i guess some people dont mind being known for just one role, just one movie, just one totally classic scene.

i guess some people dont want to learn from other sex symbols in the history of film, and even some current ones like cameron diaz who the week reports broke julia roberts’ record for highest one-year earnings for an actress. apparently in 2001 cameron earned 42.2 million. roberts’s record came the year before when she made 21.1 mill.

is love blind? but of course. does love make one foolish? duh.

but everything makes people foolish.

i won a poll the other day. i dont think many people voted. still, i won. it was for “most favourite blogger.”

after the deal was over the guy said that my reward would be that he would take me off his list of links.

because everywhere he goes he sees everyone linking me.

anyway, the dude can delink me if he wants. in fact i would prefer it. i dont like it when idiots link to me.

the delinker has all these ideas about bloggers and what they do and why they do it, and why they link people.

you should link to me if you like what im doing.

you shouldnt link to me if you dont.

i will never be the most popular blogger on the web. that will always go to the current eventers and the cam girls.

i could lie like drudge. i could get on tv as some sort of dumbass blog expert. i could quit swearing. i could start telling the truth. i could show you pictures of the girls i date. i could make a photo essay a week. i could inherit the earth like the meek.

but this isnt my career, this is a science experiment performance art poetry reading

this isnt a lookatme contest.

instapundit saw the popularity of drudge and did almost exactly the same except added real commentary and smart commentary and funny commentary and links all over the web instead of just where the puppetmasters told him to go. instead of being a tool, he actually is providing a service.

seems pretty obvious to me that if you want to get hits,

do what those two did

and dont do this.

now, are you ready for some football.