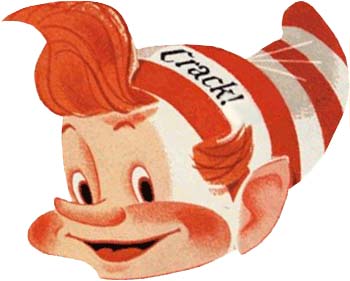 (part one in a continuing series)

conan o’brien is celebrating his tenth year as the king of late night. he is consistently funnier than dave, jay, jimmy, and craig. some nights funnier than all of them combined.

his interviews are funnier, he gets the best bands, has the most original and freshest sketches, and the best running gags in the business.

for me to poop on.

if i ran cbs i would call up nbc and ask conan if he was interested in coming on at 12:30pm for another ten years like theyre going to make him do. i would remind him that leno is such a workhorse that he even does club dates and vegas on top of his show to “keep fresh” which would mean to me that i wouldnt expect him to retire until he died.

i would remind conan that jay is beating david letterman, who in his prime was the conan of his day: younger, hipper, sharper, quicker, edgier, far more interesting, and on far too late in the night.

i would ask conan if he wanted to be the next dave: older than his years, bitter, a shell of his former self, angry at the system for never giving him what he so rightly deserved – the tonight show.

and then i would tell conan that if he came to cbs i would give him the 11:30pm slot which is all that he would need to beat jay leno. and shock the world.

since conan is a sharp guy he would probably at some point ask me what i was going to do with dave, who currently holds the 11:30pm slot and isnt trailing leno by all that much.

i would tell conan that the most important, and strangely the weakest, portion of the cbs lineup is the 7p-8p slot that is currently the graveyard of Entertainment Tonight and Who Wants to be a Millionaire.

and another that you definitely havent seen in a long time.

finally a reason to make it through rush hour.

when people come home they want to chill out and catch up with what they missed while they were at their dumb job. who better to come home to and get filled in than with your buddy dave.

not after he sees that millions more people could watch him than ever before.