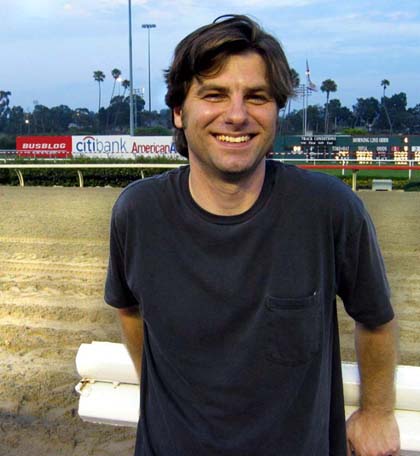 lots of creepy crawly spirits and spooks haunting every line in this woven tale. and today is the birthday of one of our favorites. mr. ken basart.

os runs the backbone, the ladies inspire the heart, and ken tidies up the huge glaring fuckups left behind from the parade of elephants.

im a lazy writer. on kens birthday i wouldnt soil his good name with lies. im lazy as it gets.

im also not a fan of myself, so i barely re-read what i write unless i get in an extremely narcisitic mood, which isn’t often. so its good to have a fresh, unspoiled mind, educated in what doesn’t suck, to waltz in after the major work is finished and smooth out the rough edges. and that’s where basart earns his keep.

and the price is right.

when basart asked for the job i inquired his rate and he told me that he wanted to make whatever magic johnson got in his last laker deal, so i set him up with a 25 million dollar contract over 25 years.

to play point guard for the lakers.

i first met ken basart outside a seven eleven on haight street when he asked me for spare change and i stepped on his birkenstock.

a huge fan of old school hip hop, basart not only can recite most of the def jam catalogue circa 1985, but will, endlessly, especially if a tumbler of whiskey is in his hand. so be careful.

a master at trivia, you may have seen ken on the comedy central game show win ben stiens money where he not only shook down the famous character actor, but beat his ass in the greenroom and stole the hosts bow tie.

even though he’s one of my closest friends, i have no idea where he lives.

although i understand its less than a mile from where i reside.

so lets take this moment to wish a happy 67th birthday to my close personal friend and organizer of the now-infamous coulter klassic bachelor party and theme park, my pal, ken basart, managing editor of the busblog.