do i look like a fucking bitch? do i?

even if i do, do you have to treat me like a fucking bitch?

i love our troops as much as the next guy, but fuck you with this shallow insincere pandering rah rah yellow-ribbon god bless ameribullshit.

other than getting sent to war, seriously, what did the troops do that was all that amazing?

is it sacrilege to say that? no it isn’t. they did their fucking jobs. just like school teachers and firemen and cops and bloggers. and if you don’t think that each of those gigs means taking your life in your hands try writing a post like this one.

i don’t even blame them for telling that one abc reporter that they were sick of the war back in june and they wanted to go home.

because i love them and respect them and support them, i want them to go home too.

but they weren’t the person of the year.

you don’t get to be person of the year when justin timberlake has a better year than you.

you don’t get to be person of the year when pudge rodriguez has a better year than you.

and you damn sure don’t get to be person of the year when hugh hefner is not only still kickin, but doing so with six girlfriends (still!), and a groundbreaking magazine that turned fifty.

a magazine that kicks the shit out of yours, time magazine, suck up, teachers pet, bullshitter, edge loser, money launderer, and sellout of the year.

fucking rush limbaugh had a better year than our troops this year but you’re too chicken shit to say so.

i fucking hate rush but i’ll say it.

dumb fat son of a bitch fucking got accused of popping thousands of pain killers, got accused of being in the middle of a floridian drug ring, got accused of frauding the banks, got accused of having four doctors so he could quadruple his prescription pill intake, and all he ended up doing was five weeks in rehab where he got to do his second favorite thing next to gargling with oxycontin: talking about himself.

he didn’t lose his lucrative and powerful job, he somehow avoided the wrath of being exposed as americas biggest hypocrite, and he (so far) hasn’t had to spend even an hour in a jail cell.

there have been no arrest warrants, no mug shots, no jet rides to an awaiting Expedition to the county clink for fingerprinting.

right before our eyes rush limbaugh has gotten away with doing what more than 60 per cent of american men in jail are serving time for: drug related crimes.

and you know what time magazine, as much as your chin still has remnants of rushs dna, even he doesn’t deserve the person of the year this year, and one final time, no offense to our brave men and women in uniform who have the worst fucking job in the world as they freeze tonight in the godforsaken deserts of iraq, mere target practice for any motherfuckin punk motherfucker who wants to take pot shots at america, but they’re not the person of the year either.

your pal osama bin laden is person of the year

and you fucking know it.

and im sorry if i look at the scoreboard and on one side i see the fucking terror alert at nearly the top of the scale, airports not allowing me to kiss a cheerleader goodbye at the gate any more, and her not allowed to pack a fucking nail file in her coach bag.

and on the other side i don’t see osama getting found for the second full year in a row, but i do see george bush’s approval rating creeping up only six points after he “got” saddam.

and even tupac came out with another record this year.

And a damn movie.

and its precisely this shit why nobody fucking reads your lame ass any more outside of a dentists waiting room.

for my elderly ass is cuz i keep my house so clean.

actually its not me who keeps it so clean, its my army of maids.

most of them retire or shoot themselves after working on my many mansions, so ive been trying to do certain little things to keep their jobs jobs and not epic adventures through the soiled world of filth.

as we speak i have a nice young el salvadorian woman named marta who is washing my dishes and folding my clothes and petting my llamas.

last night i did a little prep-work that i would have never done before the last suicide.

i picked up empty condom wrappers, i dumped out cereal bowls that had molding milk in em, i poured out half empty beer bottles, i put my dirty clothes in the dirty clothes hamper and the clean clothes on the bed with a little note.

i fixed the lamp in the kitchen so she could see my dirty floor and my grimy glasses. i got rid of the dead plant in the closet. i put an easy listening cd in the boombox and pressed play and clicked the repeat button (miles – kind of blue).

i even got some boxes and put my magazines from the floor of the reading room (aka bathroom) and placed them in the box.

what happens is now she can just focus on the big stuff: the dishes, the floors, the bathroom.

then i gave her a big fat tip in a christmas card.

thats how you do it, fellas.

i also made sure to leave lots of change around and baseball cards and celebrity memorabilia around, so that if she wanted to take something, she could.

how would i know it was gone anyway?

now maybe miss montreal will come over and spend the night with me tonight.

cuz she knows she wants to.

two things people will go crazy about here in LA, earthquakes and rain.

they dont really go crazy when theres really bad traffic or drive bys or bad smog or no nfl teams in the second biggest city in america, but they sure go nuts about the earth shaking or the skies getting them wet.

our building is pretty tall. and wide. it swayed pretty well. it felt like we were on a boat. i had to look out at the palm trees to see how much the building was moving.

i thought it was cool.

usually earthquakes feel like a big slap up against the building.

everyone came running out from their cubicles and to the tv near my desk.

it was one of the few times that i was happy not to be flying in my copter.

i havent felt a good old fashioned trembler in quite a while. this one was 6.5. but i give it a 6.1.

then the news started going crazy. they got this woman to tell us that she was shopping and things started shaking and she dropped her groceries. then they got some super nerdy woman from cal tech to tell us that indeed it was an earthquake.

i wanted someone to get on there and say that it was the terrorists doing some underground explosives testing and then say gotcha! but people dont kid about those things.

i think they should.

not mother earth adjusting her adjustables. 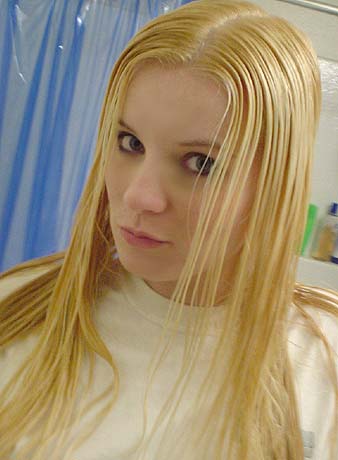 and we’re being all super honest with each other and all that. a lot of times i dont think im that good of a writer. thats one reason your positive comments and topless pics make me laugh… in a nice way.

anyways, for some reason when i have a deadline and i find myself procrastinating, thats the time when i feel my most confident.

i look at the clock and i say, shit i can knock tht shit out AND write a blog entry.

even though i know that i cant write at night.

when its light, study

when its dark, party

its one thirty am. its sunday night. im supposed to write something about baseball for aarons baseball blog.

he writes wonderfully, uses stats ive never seen, and gets more hits than i do.

ashley is trying to chat with me.

did i sleep this much when i was her man?

wake the hell up and take care of your woman!

my buddy sam and i went to the lakers game tonight. phoenix.

my cam isnt perfect but im getting to learn how to use it. i like that.

idiotman: i have two things to write

idiotman: how much i want to do you

idiotman: do you want me to tell them that i want to do you

its christmastime and im not sad. i should be. i should be a fucking wreck, but im not. im probably living the life of the fool in the famous tarot card picture. hes about to go off the cliff and hes looking up in the clouds smilingly even though his dog is barking its head off trying to warn him of his imminent doom.

the clocks ticking and im telling you shit that not only dont you care about but it doesnt mean anything.

its just what it is.

which could be cured with some cortisone but ive been drinking.

and now im about to write cuz i want to be in bed before two fifteen.

i’ll write, sleep, and edit after i shower and get clean.

idiotman: do you want people to know your aol sn

daisyprincess114: not lke anyone would IM me

idiotman: i do want you

daisyprincess114: i like it when you say nice things about me, esp on your site

idiotman: was that nice that i just said

idiotman:its not polite with your bf sleeping right there

daisyprincess114: im not saying it gets me hot

daisyprincess114: but its a compliment

daisyprincess114: i cant deny that

daisyprincess114: im not a liar

idiotman: is it possible for anyone other than your bf to get you hot

daisyprincess114: i dont want to experiment w/ that

idiotman: write about your orgasms in lick

daisyprincess114: if i can … umm whats the word

idiotman: write about your relationship with them

daisyprincess114: i feel like it would sound really lame

idiotman: use a fake name

daisyprincess114: i dont have to hide

daisyprincess114: do you think my boyfriend seems cool?

idiotman: who should i link to

daisyprincess114: spoil all my fun