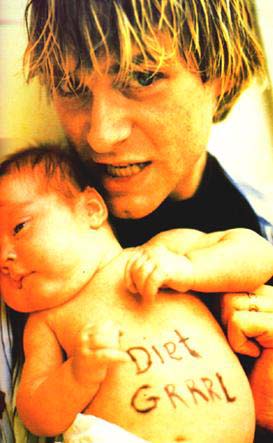 so i keep it to myself.

7am this morning they were shooting at me. little shots. about one every twenty seconds. quickie little pops coming from behind a dodge dart. or was it from that window. or from behind that dumpster.

someone was dead at 7:01 and it wasnt me. no more pops from the backside of the dart.

now i only heard pops from the window. third floor. no fire escape like on tv. no moving van to climb on like in the movies. i coulda used the gas grenade but the whole 10 story apartment complex could catch fire like waco. fuck that. xbi is quiet.

i knew i was going to have to go through the front door and up the stairs and through that bastard’s front door and bring death or meet it. fine. mark pryor is hurt, cubs dont have the chance that they did a few months ago. so fuckit.

i nodded to my partner who popped back at the window so as to keep them occupied.

fucked up thing about windows. it could be a grandma, it could be a kid, it could be a dad, it could be the guy we wanted. could be some totally random guy who thinks hes protecting his neighborhood. you never know until you break down the door and shot and jump out the way of their shot.

ran to the front door. but first grabbed the bulletproof vest from the back door of the escalade and threw it on. felt like a pussy. death doesnt own me. i own life. huge difference. actually im leasing it from jesus but i want you to think im a badass.

pressed every doorbell on the front of the apartment most people told me to fuck off, some dumbshit buzzed me through. i could be anyone!

ran up the stairs. kicked through the door that shoulda been the right one. didnt see anyone. stuck my head through the window, saw my partner pointing to my right and holding up one finger. ran out of the sad little apartment and busted down the next door and shot twice one high one low and dived to the left.

the high shot missed his head by an inch the low shot shattered his knee. fuckr.

he shut the fuck up.

shot the fucker up with needle full of demoral and threw him into the back of the roller. i went back there with him. he was our guy. he was in shock. fairly new to la but already used to owning the lapd. he had only heard of the xbi and never experienced the majesty.

what fucking money? he asked.

we went past a tommy’s burger near where otis parsons used to be. i was all, wheres tommy, fuckhead.

he looked at me like i was crazy. he was about to either pass out or vomit from the demoral. i didnt care if he vomited, but we need him to be awake. sleeping crooks tell no tales. so i plucked a chesthair from beneathed his ripped shirt. 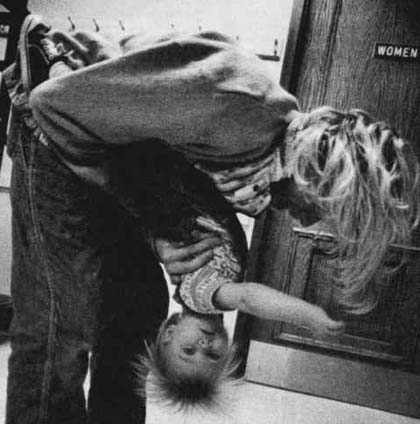 who the fuck is tommy!?

pull into that alley i told my dude. he pulled. we stopped. i aimed my weapon at his crotch i told him to start talking or there would be nuts or pussy all over my partners back seat.

i no nothing the guy whispered. he wanted to die.

why were you shooting at us.

you were shooting at me.

only after you started shooting at us.

i yanked another chest hair. then another. he had lots to chose from.

i eyed his bloody knee and licked the corner of my mouth it was my next target, would i squeeze it or punch it or bang it with the handle of my .38. decisions decisions.

cuz i cant go back to jail.

they’ll fuck me over.

im about to send you to hell in about a minute, so whats the difference?

oh no, im born again, the lord is my shepard.

i pointed at his huge bicep. it had the virgin mary tattooed on there. i said, did you read that your shepard doesnt like tattoos.

he looked at me.

he had marks all over his body.

dont steal, dont lie, love each other the way ive loved you.

my partner chimed in, dont fucking steal huge fucking garbage bags of diamonds and sell them to the chicago russian mafia and shoot at the fucking xbi.

x b i fucker like the x on your forehead where the highway to hell is being constructed.

i rose my gun at his head and then lowered it to his knee and told him he had exactly five seconds to tell us where the diamonds were and where the money was or there would be a half alive motherfucker not dead definately not dead laying in the alley waiting for the pigs to pick his ass up.

9-1-1 motherfucker, my partner said holding up his cell phone.

there was a faint aroma of piss, an address, a name, a whimper and then the thud of a bad guy being tossed from a slow moving escalade.

and the only good thing about waking up that early is listening to howard stern on your way to the booty.