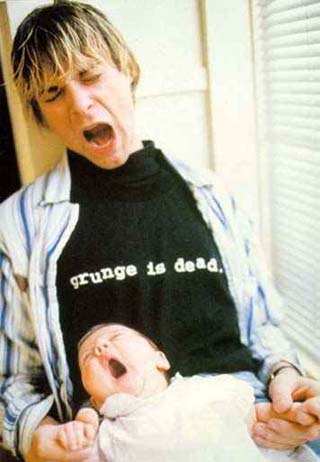 lots of losers are married. my problem is now i only have two more goals to complete: have a kid, and go to heaven.

and im not even sure i want that first one any more. whats the point again? to have something that looks like me? ive never liked the way i look, why would i want to stare at something that will keep staring back?

i do love her.

she knows i didnt really want to get married, but it was sorta like college: now is the time to do it. grow up fucker, everyone else is.

everywhere i go i hear the who. csi, slackers, fm, am. but passion of the christ is going to be the biggest movie of all time and how come i dont find myself in any more conversations about jesus than i had last year at this time? cuz people havent yet learned how to talk about the bible or religion or books or movies. i heard two guys talk about south park the other day and you know how they did it? they ran down the plot. thats it.

theres at least two times in the bible where jesus weeps and whats up with that mr mel gibson who’s fancy movie starts off with the first time the son of God cries. the second time is when he’s being crucified and hes about to die and he wails “why hath Thou forsaken me?” which is almost at the very end of mr gibsons brutal movie.

Jesus doesnt cry when he’s being whipped or when the nails go through his hands and feet or when he gets the crown of thorns or when peter denies him three times before the cock crows.

he cries at the begining of the movie because he’s bummed that this is his last night on Earth, the show, the big time, the reason for everything, the home planet, the grand experiment, the big blue marble, the third rock, the mothership. but hes also crying because he will never get to be a man again, because hes excited and nervous about paying for every sin that was ever committed and will ever go down. hes crying because the pressure must have been unreal, hes crying because he spent thirty some years on Earth and now hes going to have to go back to being otherworldly, more otherworldly than normal. and hes crying because even though his twelve were all knuckleheads, all of them, hes going to miss them because thats what mankind is, he learned, a slovenly hurrang of mediocre non-believers who wouldnt know God if he was freestyling parables next to them.

and for you kids out there who read the new testament and wonder where the peace loving hippie jesus is with flowers in his hair being all lovey dovey jefferson airplane its in those tears the night in the woods, right before the arrest. thats when you see that God loves you. cuz he met you and he dug you and now its time to say goodbye to all our family…

and as good as the passion is they dont talk about why jesus wept or when or what it meant, and thats cool. no really. thats cool. how could they have?

people ask why you cry at weddings and most people say its cuz weddings are beautiful. and ive been to some kickass beautiful weddings in my day from the rolling hills of france to the dramatic cliffs of baja california, from the presidio in frisco to the train station in la and many other places inbetween. ive seen lovebirds and ive seen beautiful things, trust me. i dont cry. theres beauty everywhere. 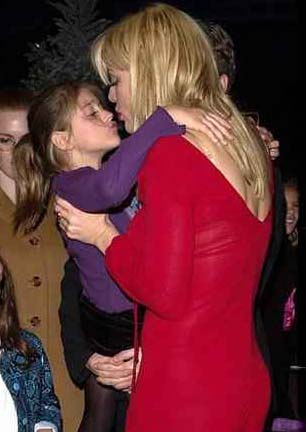 but i cried at my wedding the other day for probably the same reason why jesus wept on the cross waiting for the man. cuz a chapter, a huge chapter was ending, and just like the messiah, the only next chapter worth mentioning would be the last chapter. even the good book isnt interested in its main character after the crucifixion until revelations, end times, judgement day, the night of the locust which will come like a theif when youre least expecting it. the surprise ending.

all the stuff between the wedding and the funeral seemed to be filled with all the droll menutia that the savior must have to go through between the dawn of christianity and the end of the world. and women wonder why we need our televisions so big. because we want to forget that we’re alive.

the reason the clans of past generations got married at younger ages, im learning, is because you’ll do anything when you’re young dumb and full of idealism. you’ll sign up for the army, you’ll vote republican, you’ll get tattoos, you’ll knock up your girlfriend, and you’ll even swear to stick together until you die. all fucked up things that should probably be illegal. two kinds of not giving a fuck: when you dont know any better and when youve seen it all. get your cock sucked by three girls in one night and tell me how you feel about the new blah blah blah record and i bet your interest in top fourty music vanishes like vicodin at a dallas cowboy training camp buffet table.

youre being forsaken, jesus, because you forgot that no one here gets out alive.

and nobody is here to save you.

youre God, remember. you’re waiting on you. you wanted to be malkovich. you sent your son you down to the earth to save all the you’s made in your i mage. dont freak out when one crucifixion you looks like three yous and one of them is talking shit the whole time. youre being forsaken because youre a mustardseed short of a miracle but the miracle is that youre a mustardseed short of anything since you are after all perfect and God and this is your magic moment and in forgetting your line you deliver the most human line of all which is

get me out of here im a celebrity

but mel gibson is a catholic. and catholics created a world where on one hand they say the only way to the father is through the son but on the other hand they have all these saints and all these cardinals and all these bishops and then theres the pope and theres the virgin mary and theres priests who cant have sex for some reason, and all of those people are celebrities with their own prayers like the one to st christopher that as a boy i was taught to pray to before i played basketball so apparently the only way to the father might be through the son but if you want a double double the son cant help you out as well as the middle man. and that sort of teaching should be illegal too but its snot its not only tolerated but revered and now its one of the reasons why radio station talk show hosts cant talk about fucking which might be the sole reason that people keep on keeping on in the first place cuz it sure as hell aint cuz of the promise of the american dream or to wait for the next volume of kill bill to get released.

only in america, which kicks the shit out of anywhere else, would we tolerate adults telling other adults that they cant talk about their favorite topic because kids might hear. only in america would we dumb down our entertainment and limit our right to speech because of the possibility that little us’s might get the wrong idea about cocks going into cunts. heres the wrong idea about sex: that kids hearing about it on tv or radio could get damaged or scarred or twisted or fucked up or damaged. heres what damages people (children and adults) in regards to sex: when idiots do, key word is do, hurtful shameful dumbass sex shit to people who dont want that shit done to them.

show a kid 8 hours of sex a day for 10 years and i will show you a kid who will end up normal. how can i be so sure? because most kids have more than just basic cable and most kids end up around other kids and most kids have two working ears and two working eyes and over ten years they end up seeing and hearing and talking about sex tons and most of them turn out to be you and me which are fucked up humans but probably doing ok in regards to whats ok and whats not ok about our cocks and our cunts so leave howard stern alone and do something about these fucking gasoline problems like im paying you to you fucking asswipes.

i could go on more but my wife has risen from her little cat nap and wants to get boned again, and she should get what she signed up for when she chose a black man to be her lawfully wedded husband. we only had a few deals. we would never refuse the other physical pleasure, we would never lie, and we would never bring home a fuck disease. i never thought i would be in this sort of situation where i would be so happy and so empty at exactly the same time but here it is and its pretty much what i feared id feel if the cubs won the world series without deserving it. so i hope i stop feeling like a yankee fan by morning.

caught in the blog + nay has a new layout + r.i.p. sloopy