im due for my review again at the xbi.

im not exactly sure how they’re going to beat me up this year because other than a few bumpy moments i’ve been a pretty damn good employee over the last year.

like many organizations, the xbi asks you to fill out a self-evaluation form before the actual review.

oddly i usually do very well on this portion of the deal and this year is no exception.

apparently i was an inspiration to others, i led by example, i was generally cheery and upbeat in pressure situations, i made fewer mistakes than ever before, i told better jokes than anyone in the department, and my new shaved hair-do was a welcome suprise.

my desk was always clean and bright and full of magazines for anyone to use.

i played good music when i was at my desk, and i sang funny songs when i was flying chopper one.

i brought in a shit-ton of cash to the agency and i took the minimum salary possible.

and for the third straight year i took the bus to work every day.

yes, i bitched about certain things a little, but not all that much, and i wished for death a few times more than one would consider funny

but usually the kids would laughed, and thats generally the point.

i didnt fuck up.

so many things can go wrong when youre flying a supersonic hifidelic basicallyinvisible part-ufo unregistered uninsured ridiculously dangerous black helicopter of seminucular doom for a vigilante group of losers and rejects called the xbi.

because i agreed to let them put the chip in my head in exchange for a date with the cuban and free directv for lyfe, theres a lot of things they can monitor about my brainwaves and heart rate and adrenaline amounts and several other things. i think they put in more than just a chip. i dont know. one of the drawbacks is my memory isnt as good as it once was.

anyways. lots of things can go wrong in my job. lots. so many that if you think about it youd probably freak out and screw up royally.

so yes, it is an accomplishment not to fuck up one full year.

so in that sense i guess i didnt have a perfect year. i had maybe five or six little ones. one sorta big, but didnt turn out that big, turned out fine, actually, but coulda been huge.

which shoulda taught them that my notfuckups were somehow huge too. just in reverse.

sad as it is, it is a big deal if the pilot never crashes the plane.

the shit was spun out of control for about an hour, but things worked out.

and even though i would give myself a ten percent raise, i swear to you, i will be lucky if i get two.

you dont join the xbi for the money. and if you do, youre a fool.

you dont join the xbi for the women

cuz in LA the women are everywhere.

you join the xbi

so you’ll have something decent to blog during your two, fifteen minute government mandated breaks

i blame the government.

i also blame the government for the shoddy play that my Cubbies put me through last night at Chavez Ravine.

the only cure is joining me in welcoming your favorite band and mine TSAR in their triumphant return to Spaceland, where they will be playing to-nite at 9PM Sharp.

friends, theres only one way to rock and Tsar knows the way. they are the truth the whey and the light.

I heard them on Indie 103.1 FM last week and i nearly cried. I danced around my house in my underwear like the dude from risky business and when it was over i got on my knees and thanked the Lord Almighty.

I thanked Fate I thanked Destiny but most importantly I thanked chuckberryjanesaddictiontrexthepoohsticksteenagefanclubledzeppelinandislavista.

or i should have emailed request@indie1031.fm

they played the title cut from the band’s second album “Band Girls Money” which will be in stores soon.

come have a beer with me tonight at spaceland in silverlake. there might be other bands there but none like Tsar.

the four bad brothers you know so well.

by beer for your bro.

in other news, Iggy Pop and his girlfriend (pictured) asked me to go back to Haloscan Comments until Blogger buffs out the rough spots of their comments and you know how we are with Iggy… anything he says, goes.

so rock me up with comments all you want.

and make sure to say nice things. 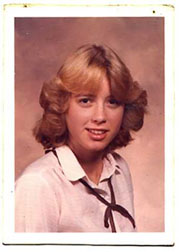 but my blog was down.

mary was my first true love. my first girlfriend. my first super great friend. i love

were surrounding her in san diego.

a super hero, a great mom, and a dynamite person.

happy birthday Mary, i couldn’t have picked a better first love if i tried.