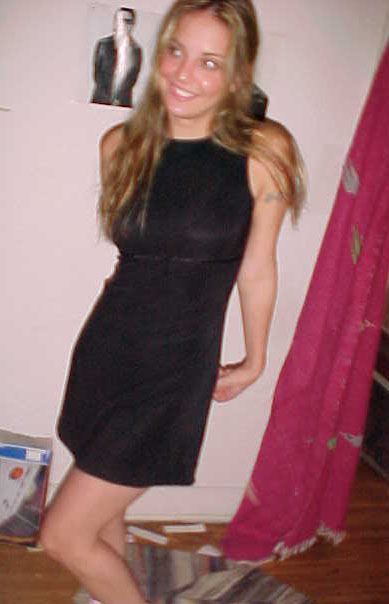 but sometimes i will cut and paste an article in its entirety.

today the paper of record got off its ass and called out the fcc for censoring howard stern and fla fla flowey.

Legal rulings about indecency have a way of quickly slipping into ridiculousness, and so it is with the Federal Communications Commission’s recent decision imposing $495,000 in fines on Clear Channel for broadcasting an episode of the Howard Stern show. The F.C.C.’s opinion focuses on a program in which the self-proclaimed “King of All Media” interviewed the inventor of “Sphincterine,” which the commission huffily calls a “purported personal hygiene product.” A key factor in its analysis, duly noted in its “Notice of Apparent Liability for Forfeiture,” was that the segment contained “repeated flatulence sound effects.”

Call it the whoopee cushion doctrine. It is hard to believe that the government now regards flatulence jokes, the lamest staple of gag gift stores, as grounds for taking away a broadcast license. But since Janet Jackson’s unfortunate wardrobe malfunction, the F.C.C. has been furiously rewriting the rules. Another edict holds that broadcasters can lose their licenses even for “isolated or fleeting” swear words, a doctrine arising from a single gerund uttered at the 2003 Golden Globes.

Don’t bother calling the commissioners philistines � they do it themselves. In the Golden Globe ruling, they admit their definition could put D. H. Lawrence and James Joyce off limits. Not surprisingly, though, the F.C.C. has started with Mr. Stern. He has long been a favorite target; more than half of the $4.5 million in fines the F.C.C. has imposed since 1990 has been on him. The payments were once just overhead for his highly profitable show, but with the fines soaring, and broadcast licenses at far greater risk, the economics are dramatically changed. After the $495,000 fine, Clear Channel dropped Mr. Stern from its six stations. He remains on 35 other stations, but no one can say for how long.

It would be hard to quarrel with a broadcaster that dropped Mr. Stern on grounds of taste. Turn on his show or pick up his biography, “Private Parts,” and choose your reason, from his peculiar fascination with the sex lives of dwarves to his on-air interrogation of his mother about her sex life. But government fines, not high standards, spurred Clear Channel.

It is Mr. Stern’s offensiveness that makes his cause so important. The F.C.C. is using his unpopularity as cover for a whole new approach that throws out decades of free-speech law. The talk right now is over the colorful battles between Mr. Stern and Michael Powell, the head of the F.C.C. But when the headlines fade, the censorious new regime will apply to everyone. The danger it poses to the culture is real.

On March 18, the F.C.C. issued orders that spell out, as the commission puts it, “a new approach.” Some of the standards are objectionable on their face. The F.C.C.’s inclusion of “profanity,” which it concedes is often synonymous with “blasphemy,” means, a coalition of civil liberties groups, media organizations and artists points out, that “the most commonplace of divine imprecations, such as ‘Go to Hell’ or ‘God damn it,’ are now actionable.”

As disturbing as the new rules, however, is the F.C.C.’s warning that it does not intend to hold itself to any specific definitions of indecency. The commission states, at the end of a list of vague categories of forbidden speech, that it will “analyze other potentially profane words or phrases on a case-by-case basis.”

While making its criteria hopelessly vague, the F.C.C. is removing longstanding protections that give speakers breathing room. While the law has long said that violations must be “repeated” before a penalty can be imposed, the F.C.C. now says an isolated incident is enough. Instead of requiring that offenses be “willful,” the new rules hold that a broadcaster’s good-faith efforts to understand highly subjective standards are “irrelevant” to whether it will be punished.

This new legal landscape will stifle important artistic expression, since broadcasters will be afraid of wandering too close to an essentially undefined line. It also raises a real danger that indecency will be used to stifle political dissent. Among the comments Mr. Stern is in trouble for are a schoolyard epithet used about President Bush and another aimed at a Republican congresswoman.

The combination of unknowable rules and draconian penalties is already having a chilling effect. There are reports of radio stations banning classic songs like Lou Reed’s “Walk on the Wild Side” and Elton John’s “The Bitch is Back.” The television show “ER” recently edited out a brief shot of the exposed breast of an 80-year-old hospital patient. And the satirist Sandra Tsing Loh was fired by a public radio station when an engineer failed to bleep out various words that were meant to be bleeped for comic effect.

Even Mr. Stern has been transformed by recent events. He now regularly talks about the F.C.C. on his show, and his Web site has a quotation from Supreme Court Justice William Brennan, discussions of the presidential election and voter registration information. More uplifting content than usual, but it is taking Mr. Stern’s time and energy away from sphincters, flatulence and all the other vulgarities he has a constitutional right to obsess about.