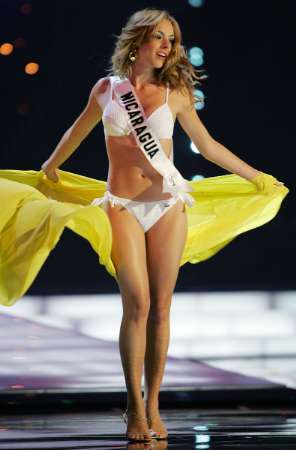 if u ever want 2 get through this thing called life, make sure u go 2 a prince show at least once.

and if you go once, you’ll be back.

prince popped up through the center of his stage last night at the sold-out staples center dressed in white. pure of any sin. and the definition of sexy.

an x marked the spot on the center of the arena. his gold microphone awaited him. his 8 peice band including horn section featuring james brown’s legendary sax man maceo parker and blonde bombshell candy dulfer waited for him. and the screaming LA crowd who were amazingly on-time waited for him on this, the second night of an unprecidented five-night stand of los angeles’s premier concert and sports venue.

home of the lakers, the grammys, the kings, and last night, of prince.

he owned it. he rocked it. he was it.

as a witness of hundreds of concerts, ive seen the best: the stones, springsteen, u2, miles davis, the jackson 5, eric clapton, van halen, tom waits, elvis costello, tsar, jane’s addiction, and the beastie boys. but never have i seen one man seemingly never make a mistake, a wasted motion, or spin and twirl and pirrorette and be equal parts show-off and showman like that freaky little dude from minnesota.

and the fucker did it in heels.

he played his guitar like a kid would play a broomstick. it was an air guitar to him.

a total maestro he would throw his hand down and the drummer would accent the beat and stop.

a master controller he would tell the lighting man to bring up the lights and bring them down and the lights went up or down immediately.

when he grew tired of his guitar a well-dressed man would come out and take it from him and he pranced over to a couch on the stage and his keyboard player gave him a pillow for his feet and a blanket.

fuck did he dance.

all while throwing out classic r&b numbers like chinese stars, all written, produced, and performed by himself throughout the years.

upon entering the show the ushers handed out free copies of his new cd, musicology and one guy said to his buddy, “mick jagger never gave me anything for free.”

and as much as i love mick, mick never played the guitar or wrote these sorts of songs, alone, or this sexy, or with this much funk.

what we got to be a part of last night kept us on our feet dancing for over two hours, and when he concluded with an extended encore of the title track of his best known album, purple rain no one wanted to leave.

except for the yuppies who wanted to somehow “beat” traffic. which, sadly was half the arena.

if elvis had actually known a thing about showmanship and songwriting and guitar playing and dancing, the king would have been prince.

in my 110 years, this was the best arena concert ive ever seen.

i smiled the entire time.