Tsar at the Viper Room.

Since the club came under new management, the Viper�s bookings have left much to be desired, but this new weekly show just might prevent the famed rock spot from becoming another pay-to-play-level club casualty. Put on by the suddenly ubiquitous 103.1, �Check One . . . Two Mondays� kicks off with Silver Lake�s Tsar, a band who surely could�ve benefited from the station when its Hollywood Records debut came out a few years ago. It had just the kind of zesty pop hooks and glam-ish arrogance that�s all the rage these days, but it never broke through. Since then, the band have been in limbo, biding time till � or if � Hollywood releases its sophomore effort by giving out samplers at shows, which at times have been with groups that went on to surpass Tsar (Jet opened up for them last year). Still, the quartet chug on, if the sampler is any indication, with even heavier but no less haughty (see �Band-Girls-Money�) stabs at rock supremacy. – Lina Lecaro, LA Weekly 6/4 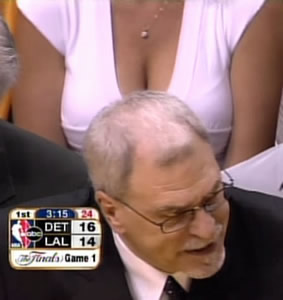 got out of the subway and saw this blind dude wearing a backpack walking down the street with his cane doing his thing.

holding onto his backpack was another blind dude.

made me wish i didnt have my camera in the shop.

got an interesting email last night. very nice. here it is:

Why haven’t you sold out yet? You have the talent and the connections to make a ton of money. Why is selling out a negative in the first place? You should use everything at your disposal to be successful, if that means catering to one group or another from time to time, then do it.

There is no reward without sacrifice, and sacrifice in and of itself is never pleasant.

Sacrifice is the penance we pay for getting to do what we want.

You write a pop album that is going to sell, so you can make that experimental acoustic album that you’ve dreamed of.

I respect someone who has sold out far more than someone that stands on misplaced notions of principles.

If I had a lick of talent I would have sold out years ago.

Sell out or not it’s ultimately your decision, but either way keep writing and I’ll keep reading.

There are several ways to sell out, in my opinion.

The first way is what you alluded to, and thats working for someone or pandering to a group that i dont like. For example, if the RNC was to hire me to write and then never run my stuff. They’d own the work and therefore prevent me from publishing it. If I was a sellout, I’d take the money and let them do whatever they wanted.

Another way would be if they paid me a shit-ton to write positive things about the president, and the war, etc.

I wouldnt do either of those things. To me thats the equivalent of being a whore. It’s the lowest form of selling out.

A way that I would sell out is that I would consider writing non-opinion peices or fluff for magazines that neither add or detract to human life. Like I would interview skateboarders, or chefs, or write about travel. Things lots of people could do. Things that wouldnt utilize my strenghts and creativity. But I would do it in order to be a better writer and get paid for using my skillz.

Selling out to me is a big deal. My heroes are guys like Bob Dylan, Neil Young, Tom Waits and Charles Bukowski.

None of them ever sold out or had to write pop albums in order to make their experimental acoustic record.

They just produced their shit and if people bought it they bought it. If they didnt, big deal.

One thing about all of those guys is they only got better with age. Very very very few artists do that. Especially musicians. And my belief is that they were able to be consistantly creative because they always wrote what was real for them at the moment and didnt suck the cock of the almighty dollar.

Since i’ve started the busblog i’ve had millions of readers. millions and millions. i’ve blogged hard fast and strong for years. ive taken good pictures, ive introduced and dominated the photo essay, ive kicked ass with design and done my best to foster and promote community.

in three years ive gotten exactly one offer to blog for a living. the offer was to blog for a big time publication, full-time, but only get paid part-time wages.

i’d like to say that i would “sell-out” if given the right offer, but it appears to me that no one is buying what im selling. and right now im cool with that.

the final way to sell out would be to get Google Ads or Blog Ads and make a few hundred bucks a month in revenue. but id much rather keep the busblog ad-free right now.

and one day it might be a good thing if a kid walked through a cemetary and saw a gravestone that said, “here lies tony pierce. fucker never sold out for pussy power or pesos. too bad the cubs never won while he was alive.”