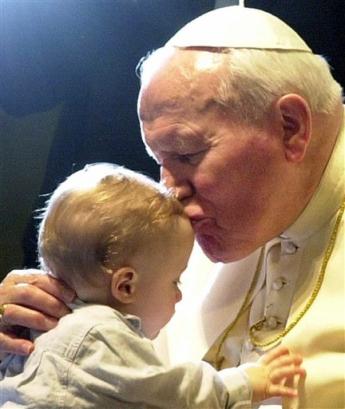 even though i despise anonymous comments, there was a good one the other day. the question posed was why should the pope be concerned with the legalization of marijuana.

and the answers are suprisingly simple.

the first being, biblically the good book is pro-marijuana stating clearly that ALL the green seed-bearing plants are here for our use:

Genesis 1-29 And God said, Behold, I have given you every herb bearing seed, which is upon the face of all the earth, and every tree, in the which is the fruit of a tree yielding seed; to you it shall be for meat.

and of course he meant the happy weed that does make some a little sleepy at times, but so does turkey so chill.

so of course the pope should be upset that the world has gotten all freaked out on one of God’s most natural creations. especially the green herb that chills people out, mellows them, makes them laugh, and helps prevent a lot of the violence that riddles this beautiful blue globe.

the second reason the pope should be concerned about weed being illegal is that if it is true that 60% of americans in jail are in prison for “drug”-related crimes, and if it is true that most of them are minorities, then it is probably also feasable to assume that most of those minorites are probably african-american and/or mexican-america and/or latino. and therefore a very high probability that they are Catholics.

therefore the pope should be concerned that there are tens of thousands of Catholics in american prisons over something that shouldnt have been illegal in the first place! and theyre in prisons being exposed to far more deadlier sins than smoking the wacky tobbacy.

plus many of them are in those jails being converted to other religions.

the third reason the pope should call bullshit on the war on drugs is because of the enviornment. everyone knows that hemp, the non-smokey part of the marijuana plant, can produce six times the amount of paper than trees do. and they regenerate faster than trees. and you dont have to use as much land as you do for trees.

the fourth reason the pope should focus his last breaths on legalizing weed is because of the economic windfall that it would create once america quits acting like lazyass stoners. if america legalized it, they could tax it. once other countries followed suit, america could export it. all of this means jobs. a strong dollar and a economically strong america means a more prosperous and less-violent world.

think about it, during a recession, like now, what are the best american exports? bombs and guns and cigarrettes. all wars are are infomercials for other countries to see how fucking gnarly our exports are.

wouldnt it be better if we were shipping off cargoships full of greenbud from oregon, northern california, and hawaii? america is far better suited to grow the sticky green than any other country in the world. and with our riches, we will actually donate to charities more.

especially if the pope reminds us who helped make it legal.

and not only watch the world become a better place, but watch your churches fill up.