but for a few years will ferrell not only made it watchable, but enjoyable.

he is now beloved, genuinely funny, and versitile. another in the long line of saturday night live alumni who have successfully made the jump to film.

who is adam mckay? the first-time director responsible for years of bad writing for saturday night live.

anchorman is what happens when you run a five minute snl skit to two hours. its one joke, totally overboard, with very few suprises or interesting gags, despite the few glittering moments during cameos with jack black, ben stiller, and tim robbins.

the cast of old school was totally wasted.

on the greg vaine scale of reviewing movies, anchorman is a mediocre Good.

and christina applegate should have been replaced by jenny mccarthy.

i laughed more during the trailers of fahrenheight 9-11. 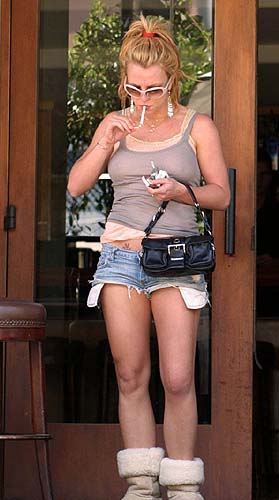 you’ve got your Hollywide smile and your clean blue shirt

your fat black wallet and all the money that goes in it,

nobody questions or likes or knows

you but your title

while cob webs creep in the

corners of your gray temples

and butter cookies stale on the tables in the backroom

where literary dignitaries drool on your blue scuffed shoes

the signposts ahead have staples where the clues once stood

we don’t really want to hear from you.”

you play the role quiet beautiful

and after all we elected you

as the blind seek to see, as do the dumb,

the drunk wants to pee “Dylan is not a poet”

you say as if you really know it.

some times some folks say the wrong things

and shove their skull so far up their ass

they peek wheezing from their fuzz-infested bellybuttons

and nothing can be said to such a

misguided oaf of a man.

hendrix zepplin or even eazy e

combined dont get the radio play of your britney

but that doesnt mean that nagel painted

go back to Massachusettes and write about snow

jobs blow jobs write about something that you know about

like buggar snots or the nail on your big toe:

see that dirt stashed in it?

pick it out and smell

but don’t write about it unless you’re gonna mail

it to Hellecticut as that’s the place

where boredom and ignorance dwell.

through soiled sheets of Weekend’s sin

and finds you curled up and shiverring

believing and crying and asking

“my god what does this mean?”

with my true love.

these are the things the republicans want me to write about.

meanwhile im going to beat off every time the instapundit takes a shot at michael moore.

i know i would change.

success and popularity changes everyone. its normal.

but for some reason i think i would end up being more willing to show the opinions of the other side. especially if my influence was on average literally 50,000 times more powerful than the average blog.

for example, if i talked about washington dc and i didn’t mention the fact that the president’s controversial texas air national guard payroll records suddenly accidentally were destroyed, i think i’d have to talk about it.

i think that would be something i wouldn’t want to turn my back to.

especially after all that hogwash when that one guardsman said he saw some of bush’s records in the trash.

or, if the president of the united states was prepared to be the first sitting president since hoover to dis the naacp by not speaking with them during his term, i think i might be inclined to talk about that too.

and i would take down my pay pal button.

and i would do everything i could not to sell out, and keep whatever edge i have true.

i had a great talk the other day with a man who i really wish would blog.

he reads all the blogs and is a true centrist.

and an honest and well-read gentleman.

its that struggle that i wish more bloggers would write about. on both sides.

in november im going to vote for a guy that karisa could tell you about, but of whom i know very little.

im not in love with kerry but no fucking way will i vote for bush.

i heard someone say on the radio that they wouldn’t vote bush out because it would give the wrong message to the terrorists. it would admit that we lost the war. that we lost our pride and are firing him for 9/11.

if i was that dj, id say baby, the most deadly thing you could do to fight terrorism is have a free american life. which means voting out retards when it becomes obvious that they’re retards.

the only bush payroll records that were destroyed were the three months in question?

only a retard would believe that shit

and only a retard would play that shit.

and after anchorman we’re doing our laundry.