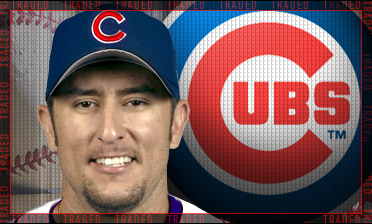 my phone rang almost immediately. long time dodger fan jeff whalen from tsar was on the other end.

“i woke up at 2pm like any normal person,” he said. “and i find out that the world has been turned upside down.”

he went on to tell me that the Dodgers had traded catcher/first basemen Paul LoDuca, reliever Guillermo Mota and outfielder Juan Encarnacion to florida for pitcher Brad Penny, first baseman Hee Seop Choi and minor league left-hander Bill Murphy in one of the most mindboggling trades in recent history.

while jeff and i continued to wonder aloud why the dodgers hate good catchers (piazza, johnson, and now loduca (who is currently batting .301)) all i could do was contain my disbelief that the cubs had actually pulled off the trade of the day.

the cubs, the chicago cubs, a team that hasnt won a world series since 1908, actually got off their asses and traded for something that they actually needed: one more big bat in streaky, uneven, but potent lineup brimming with potential.

desipio + bambino’s curse + a view from the bleachers