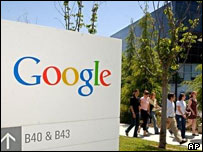 some of what i missed throughout the week

c monks was at the dem convention and blogged a ton, and noticed a lot of the same things that i would have. although we disagree with miss new mexico’s national anthem rendition.

that c-net scrooge tried to say that the bloggers didn’t add to the dialogue of the convention, but did c-net tell us that there was an unsuccessful wave attempt at the fleet center? not that i recall. and you know what, thats the sort of details that i like in my blogreading.

Google continues to remind the youngsters what the dot com boom felt like. it felt exciting, fresh, and new. As they continue to drag out the most anticipated IPO since Netscape they launched ipo.google.com this week so that people could literally take a number to have the chance to buy the first shares of the stock which is projected to sell for $108-$135.

holy crap, the time to re-open the shuttered monocle and top hat store in sunnyvale has come.

sk smith’s uterus fell for that story the kerry daughter gave about licorice the hamster. after watching the sunday roundtables, most of the other women got soft and fuzzy with the heroics of sen. kerry giving cpr to the half-drowned pet.

on the mclaughlin group, tony blankley wasn’t buying it. “how do you even do that?” he scoffed.

speaking of the mclaughlin group, what’s going on with pat buchanan? in the last three weeks on my favorite pbs show, buchanan has done nothing but defend kerry, bash bush, and crow over the dnc convention which he graded an A to and predicted that it would give kerry a 7 point bounce (yesterday Newsweek polled a bounce of half that).

is the instapundit more conservative than the former advisor to nixon and ford, and director of communications to reagan? this month he certainly is, and it has only helped him get more hits.

the increase of political posts this summer hasnt hurt my stats either, even without any help from professor reynolds, who usually doesnt link opposing views.

the post-convention zogby poll is what you’d pretty much expect from a well-received week of hype.

mark circa 1977 points out that the new van halen double cd greatest hits when bought through the apple itunes store is just fifty cents a song. and i would agree with him that there are very few tracks that will remain unchecked. just the sammy hagar ones.

anti ran out of weed.

buzznet got a nice write up in the wall street journal.

in lessor news in the wsj, apparently sandy berger really was just happy to see us. the journal reported that the national archives is clearing sandy berger of all charges. the much missed ken layne asks where is the liberal media’s coverage of this reversal?

steph will be in LA in a week, and of course now she has fallen in love. that means bad news for the bachelors planning to meet her at the playboy mansion this coming saturday.

amy‘s brother don has a new band called Squatcho, and it actually does sound like AC/DC meets T-Rex as pure volume describes them. listen to two tracks for free here.

Tsar provides the music behind the new Xterra commerical. i heard it last night on VH1, tivoed it, recorded it with my camera and will post it soon.

the designer of lick, raspil iverson has a new layout and a nice photo shoot up. expect a new issue of lick before the end of the summer.

someone other than the homoerotic four horsemen won head of household on my favorite summer reality series, big brother, when jase literally freaked out while trying to keep his finger pushed on a doorbell-type button for 9.5 hours.

am i crazy to get excited about this team?

am i crazy to think that harry is looking down from above and raising his eternally frosty mug of Old Style down at us all?

what a difference three years makes.

once again, thank you God.