“John Kerry said today he wants to debate President Bush once a month. Hey good luck, if Bush couldn’t make it to the National Guard once a month, he’s not going to show up for this.” —Jay Leno

“In Louisiana, President Bush met with over 15,000 National Guard troops. Here’s the weird part, nobody remembers seeing him there.” —Craig Kilborn

“The White House has finally found one guy that kinda remembers serving with President Bush in the National Guard. Now they just need to find someone who remembers Bush working on an economic plan. … I think the White House spent more money looking for this guy than finding weapons of mass destruction.” —Jay Leno

“There was an embarrassing moment in the White House earlier today. They were looking around while searching for George Bush’s military records. They actually found some old Al Gore ballots.” —David Letterman

“There’s this huge controversy over the fact that President Bush apparently received credit for National Guard service in Alabama in ’72 and ’73 even though his commanding officers are saying he never reported. I think what’s even more disturbing is that he received enough credits to graduate from Yale.” —Jay Leno

“Bush did have an explanation, he said he did go to Alabama but when he didn’t find weapons of mass destruction, he went back to Texas.” —Jay Leno

“As John Kerry sails toward the Democratic nomination, new questions are emerging about President Bush’s service in the National Guard, like where he was for six months in 1972 and why he refused to take a routine physical. President Bush has vowed to get to the bottom of this right after Election Day.” —Craig Kilborn

“President Bush stopped off at a bass pro fishing store to pick up a fishing reel, some line and some rubber worms. He’s going to disappear and go fishing. So he must think he’s back in the National Guard.” —Jay Leno

“Critics are now saying that his dad got him out of going to Vietnam. However, his dad did get him to go to Iraq.” —Jay Leno

“Ironically, the possibility that the president dodged his military service has increased his approval ratings with Democrats by 80 percent.” —Craig Kilborn

“President Bush is not fazed by other candidates’ war records. He said, I may have not fought in Vietnam, but I created one.” —Craig Kilborn

“The big story now is that President Bush is coming under attack for his service in the National Guard. The White House said, ‘no no,’ that they have payroll records to show that he served in the National Guard. But today, the commanding officers can’t remember seeing Bush between May and October of ’72. President Bush said, ‘Remember me? I’m the drunk guy. Remember me?'” —Jay Leno

“”They are having a panel look into the intelligence failures in Iraq. It is a seven person panel and it will include Senator John McCain, but the findings from this panel will not be issued until after the election. President Bush says the commission can go off and report back in a year, you know, the same way it works in the Texas National Guard.” —Bill Maher

lifted from metafilter + happy birthday prof. reynolds, say what you will, he dominates over you 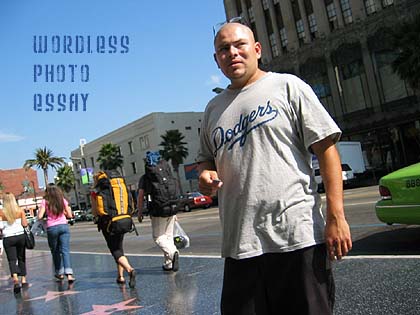