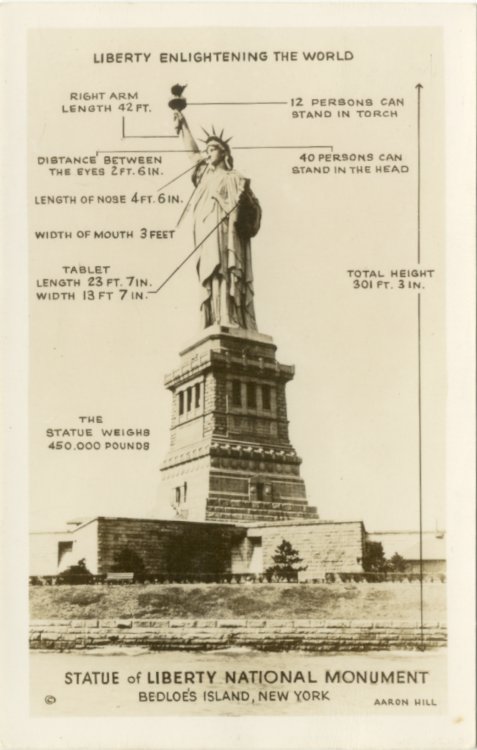 but the new york native was incredibly prolific, being published in a variety of places including the new york times.

her most famous work was a poem she entitled “the new colossus” that was chosen to be enscribed on the statue of liberty.

with conquering limbs astride from land to land;

Here at our sea-washed, sunset gates shall stand

a mighty woman with a torch

whose flame is imprisoned lightning,

and her name Mother of Exiles.

From her beacon-hand glows

cries she with silent lips.

“Give me your tired, your poor,

The wretched refuse of your teeming shore.

Send these, the homeless, tempest-tost to me,

I lift my lamp beside the golden door!”

the most famous lines about the huddled masses was perfect coming from a self-proclaimed “Jewish poet” who was focused on the causes of the oppressed in america.

Born on July 22, 1849, Lazarus was the fourth of Esther (Nathan) and Moses Lazarus’s seven children. She grew up in New York and Newport, Rhode Island, and was educated by private tutors with whom she studied mythology, music, American poetry, European literature, German, French, and Italian.

Her father, who was a successful sugar merchant, supported her writing financially as well as emotionally.

In 1866, when Emma was only seventeen, Moses had Poems and Translations: Written Between the Ages of Fourteen and Sixteen printed “for private circulation.” Daughter Emma dedicated the volume “To My Father.” – Jewish Virtual Library

this public service post is brought to you by the busblog as we celebrate the re-opening of the Statue of Liberty which was closed after 9/11.