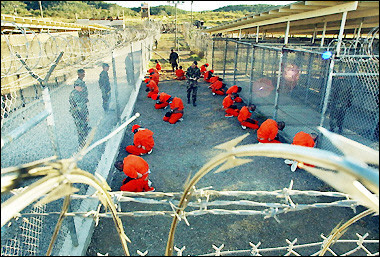 she was very sweet, quite willing, wonderful, cute as hell, and quite good at shaking her hips as well as letting her backbone slip.

when you date girls from other worlds you learn a little about their backgrounds and she taught me a thing or two about Cuba and Castro’s version of communism.

it was interesting because being born in Washington DC and growing up in Chicago and living the last 20 years here in southern california, i have experienced America in a way that i wouldnt change for anything.

i am proud to be from such a country that on many levels does provide freedom and opportunity.

therefore i was shocked when she told me that she believed in communism and admired how Castro ran his tiny little dictatorship in the shadow of the US who has done everything it can to destroy it.

i bring this up because friday is Fidel’s 79th birthday, and i saw this picture above and it struck me as interesting that when we think of communism we think of things like a depletion of human rights, unfair imprisonment, kangaroo courts, no hope for justice, a uniformity that restricts individuality, and a domineering government that imposes its will On the people instead of being at the will Of the people.

she admits that Castro doesnt like people who stand out in the middle of the streets and denounce their country. but the truth is, neither does the blogosphere. difference is, you can go to jail for doing that in havana.

so the irony of the US using Guantanamo in Cuba as a holding station for alleged Al-Qaeda and Taliban members is striking to me because we are doing to these people all the things we feared that communism would do if it was “allowed” to spread.

we have held these people for a couple of years now. we have not given them lawyers to defend them. we have not charged them.

we just basically locked their asses up.

even in cuba you are told why youre being locked up.

in all of this patriotism that we’re hiding behind, theres a dirty little not-so-secret happening right in front of us that something should be done about.

my question to the president is, if these are bad people, and we know how theyve been bad, why arent we putting them on trial?

and if these are bad people, but we have no proof why they are bad, then how do we know they are bad without a trial?

my other question is, whats the delay?

youve had nearly three years now to build a case against these people. if you dont have enough evidence to fuck them, then quit fucking them.

is that so hard?

meanwhile im still waiting for the president to release his military records or Any proof that he was not a deserter in the National Guard during the Vietnam War.

seems like this administration loves to make people wait.

all i have to say is release the records because there will be nothing worse for the Repubs than to win the election, but then find their president being impeached when the records show that he, indeed, did Not report to duty during those three months, and now he must be court-martialed with the possibility of death for deserting during a time of war.

when do you think we’ll stop acting like fucking commies to these prisoners?

when do you think the liberal media will actually start asking these questions in a serious manner to those in charge?

and if communism isnt a threat any more, which it obviously isnt, when can i go to cuba and meet more girls like the lil conchita who no longer wants what i can deliver?

these, my friends, are the questions that go through my head this evening as i wait for my ride home.