and you know what happens when b-list bloggers come home tipsy, thats right, we leave comments on fcc chairman michael powell’s “blog” that he abandoned a month ago right before he said, “I am traveling for the next 2 weeks and will have limited internet access…”

know this: i will never be anywhere for two weeks with limited internet access. voluntarilly.

if i ever say something like that know that it’s code for “im being kidnapped, alert the authorities and search my house for clues!”.

if you remember last week, gilliam posted a tv show where o’reilly was a guest. also on the panel was nyt columnist paul krugman. o’reilly visibly upset by Outfoxed, the currently released documentary that takes aim at Fox News and their talk shows led by o’reilly’s “The Factor”, began cracking and thus lying and exaggerating.

in this new clip gilliam splices that appearance with segments of Outfoxed that o’reilly is rallying against.

needless to say, we discover that the former host of A Current Affair is less than truthful.

o’reilly should probably either throw up the white flag and admit defeat, or put his tail between his legs and quit trying to fight Outfoxed, or at least stop saying that they edited his words when they clearly didn’t.

but to get a blog with publicly displayed comments

hosted on a site called Always On, which, to its credit, lives up to its name. 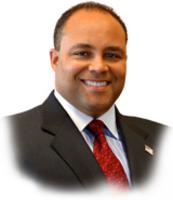 anyone a little more familiar with the blogosphere, or even usenet, would know that if someone has a chance to call you an asshole via the internet, someone will.

which is why, if youre eligible for being called an asshole, you probably should host your own blog and have editorial control over your comments.

unless youre a kickass debater, and not a tool of the right, and totaly willing to be fair to people.

but if you have something to hide, as powell clearly does, you should probably do exactly as the chairman did, which was stop “blogging” immediately after three posts, never to return again.

I can understand why you wouldn’t want to blog about situations that you might have to make decisions about, but don’t you think it would be valueable to explain to the public and to current (and future) broadcasters and talent as to why you reached certain decisions?

I have the same question about the Janet Jackson super bowl incident. Why were only a handful of the tv stations fined? Shouldn’t all of them been on a delay to protect their viewers from that tiny little brown spot on their television?

You were correct to start a blog. Blogs are perfect places to think outloud and get heard without having to call a press conference or speak to a reporter. Through a blog you can think about what you want to say, write it up, edit it, and then post it. By avoiding the more controversial/important topics you give creedence to the critics and appear to be hiding.