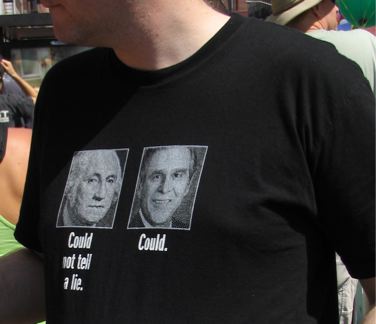 when i was in Hell last year they have an orientation that i was forced to attend.

unfortunately there wasnt a video clip of the Bush twins behind me. the room of evil people really did razz me.

when i was in the orientation meeting everyone had to stand up and introduce themselves.

hi, my name is tony. i was an undercover superhero in hollywood, california, earth, and now im here.

down here that means hi.

what were my hobbies?

i liked model planes, horticulture and reading the Bible.

this made them stop booing.

they started to laugh.

one guy was crying he was laughing so much.

soon someone knocked at the door to see what was happening, someone told the guy and they pointed at me. then they both started laughing and patting each other on the back.

then i started laughing cuz it was pretty funny.

then everyone settled down.

then some lady chuckled.

then everyone laughed again.

i laughed, farted, then laughed harder.

someone tried to ask me a question, but busted out laughing.

then everyone joined in again.

a fat guy turned blue and wheezed while catching his breath, his buddy opened his shirt a little and waved some air at him. he took out his asthma thing and blew some air in his lungs and stopped looking blue.

then he went back to laughing.

then he ripped a little fart.

then everyone started laughing all over again.

melting dolls has some tips for the terrorists + jaime + kool keith