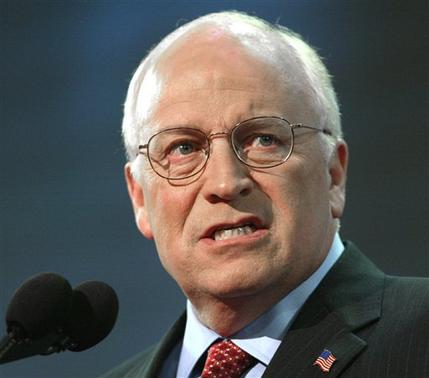 so it’s come to this.

the pus has risen from the agitated sore.

red from irritation and dryness and grime.

“It’s absolutely essential that eight weeks from today, on Nov. 2, we make the right choice,” the vice president (pictured) told about 350 iowans today in des moines.

“because if we make the wrong choice then the danger is that we’ll get hit again and we’ll be hit in a way that will be devastating from the standpoint of the United States,”

vote for me or get hit again.

even though im the one who was in charge when we got hit last.

fear as the motivator.

vote for me or you will get hit unquote.

canada, now do you see why we cant boot these adorable little monsters out?

just listen to those words.

sort of words that dogs would hear if they understood human.

sort of words little kids hear when theyve been bad.

do this or you will be hit. again.

as if we did something wrong the first time.

as if we told everyone that iraq had wmds

as if we spent a billion a day on a war that had very little to do with being hit the first time.

be happy nobody’s coming at you, blaming you, dick.

and the reason we’re not blaming you dick 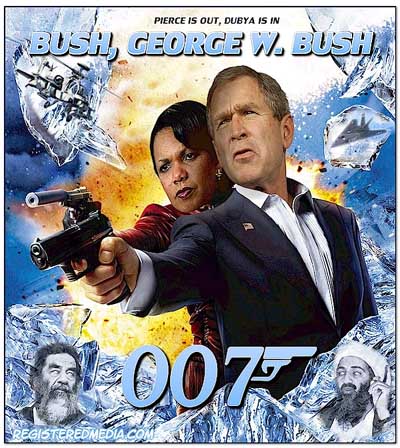 is because we believe that the president of the united states

really can’t protect us from every single random act of bullshit.

for if the constitution couldnt protect us from you and george

heres what we expect you to do:

loot rape and lie. thats all.

please dont condescend to the good people of iowa

who could give a shit about your skyscrapers pre nine eleven

and dont remember getting

during clinton carter johnson or kennedy

vote for me or die

what is this the new gwar record?

if you gave a fuck about iowa youd say this

we all know weed just makes you laugh and hungry

what we will do is legalize weed, let you grow it, and return you to your rightful place as breadbasket of the world.

yours will be the lower grade medicinal

given to the terminal who need a mellow way to dull the bitter edge of oh cancer diabetes or aids.

but dick all you know how to croak out is

who can wind surf and snow board or crawl around like an oompa loompa without fear of having a stroke.

vote for him and choke.

playing our little game. it was labor day weekend and because shes the sweetest girl of all times people like to pay her to housesit.

she was housesitting in malibu this weekend. she asked me to help her. this involved drinking, walking around in robes, and enjoying plush carpet barefoot after a combination of sauna + hot tub + massage.

the house didnt come with a massuse but there was a phone number on the door of the fridge so we decided to splurge a little.

after the ladies left my sweetest and i played a new game called “im more relaxed than you.”

you float on a little raft or chair or boogie board spread eagle toward the sky and you do your best to be as relaxed as you possibly can.

this involves removing any negative thought or even positive thought out of your head if it makes you anxious/excited.

to which the other person sings

the game ends when the winner falls asleep.

i say winner, but there are no losers in this activity.

there are sore losers, however. they are the ones who once realizing that they didnt win, technically, decide that a new game must immediately begin.

yesterday after i had clearly won the relaxation game, my true love decided to play the i can make a canonball off the springboard game.

to which i floated around saying i am still more relaxed than you.

to which we began a new competition

which ended late last night with the lets see who can puke into the pacific while saying the alphabet game.

no, the terrorists most certainly havent won. and neither has tiger, which is why he needs to stop playing in the pool with his blonde model and get back to playing some serious golf.