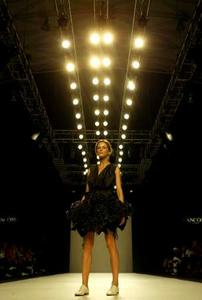 that even the chicks i got it on with don’t even remember.

mr_dumbass: when was the last time we got it on?

mr_dumbass: you dont have the exact date?

mr_dumbass: by the way how is that sweet ness

CliprGirl: the night of the White Orchid champagne tasting

mr_dumbass: did you put out that night?

mr_dumbass: you wouldn’t even let me touch you in front of your “friends”

mr_dumbass: or were you just on the d/l

mr_dumbass: and then i rang your bell once we got to my house?

CliprGirl: sorry, I am trying to get my agent to stop putting me on these gay shoots and my ohone is ringing off the hook, and you’re blowing up my chat box.

CliprGirl: Tony, I don’t remember when the last time is that we had sex

CliprGirl: but it was about 2 months ago

mr_dumbass: but you’re pretty sure we didn’t do it the day we went sailing?

thank jah nothing in here is true or i might be busting at the seams right now itching to at least go to my nearest strip jointery to remind myself what a naked girl looks like. 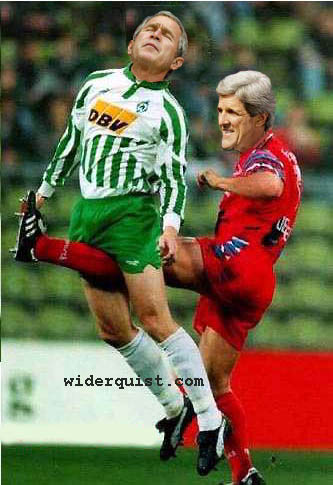 they come in threes

WASHINGTON (AFP) – A majority of people in 30 of 35 countries want Democratic party flagbearer John Kerry (news – web sites) in the White House, according to a survey released showing US President George W. Bush (news – web sites) rebuffed by all of America’s traditional allies.

On average, Senator Kerry was favored by more than a two-to-one margin — 46 percent to 20 percent, the survey by GlobeScan Inc, a global research firm, and the local University of Maryland, showed.

“Only one in five want to see Bush reelected,” said Steven Kull, the university’s program on international policy attitudes. “Though he is not as well known, Kerry would win handily if the people of the world were to elect the US president.”

The only countries where Bush was preferred in the poll covering a total of 34,330 people and conducted in July and August were the Philippines, Nigeria and Poland.

India and Thailand were divided.

The margin of error in the survey covering all regions of the world ranged from plus or minus 2.3 to five percent.

Even in Britain, where Prime Minister Tony Blair (news – web sites) is Bush’s closest ally in the war on terror, Kerry trounced the incumbent 47 percent to 16 percent.

Kerry was also greatly favored among Canadians by 61 percent to Bush’s 16 percent and among the Japanese by 43 percent to 23 percent.

Even among countries that have contributed troops to Iraq (news – web sites), most favored Kerry, and said that their view of US foreign policy has gotten worse under Bush. 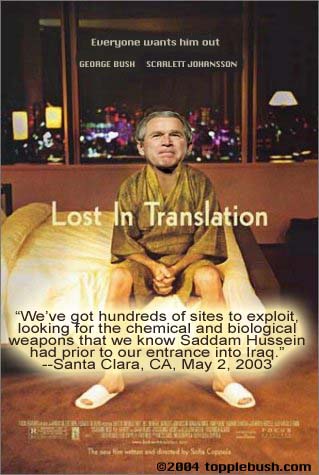 DNC: These new documents show that the president did not serve honourably

BOSTON (Reuters) – President George W. Bush fell short of meeting his military obligations during the Vietnam War and was not disciplined despite irregular attendance at required training drills, The Boston Globe says.

In a reexamination of the president’s service in the Texas Air National Guard, the newspaper said Bush appeared to have broken his contract with the U.S. government by not joining an Air Force Reserve unit when he moved in mid-1973 to Massachusetts from Texas.

The military records of Bush and of his Democratic opponent, Massachusetts Senator John Kerry, who was decorated for his service in Vietnam, have featured prominently in the campaign for the presidential election on November 2.

Republicans have made Bush’s leadership of what he calls a global war on terrorism central to his campaign.

In February, the White House released hundreds of pages of Bush’s military records that showed he was absent for long periods of his final two years of National Guard duty but said nonetheless he met service requirements.

However, the Globe focused on documents Bush signed in 1968 and again in 1973 in which he pledged to meet training commitments or face a punitive call-up to active duty.

The Globe said in July 1973, before Bush moved from Houston to Cambridge, Massachusetts, to attend Harvard Business School, he signed a document saying: “It is my responsibility to locate and be assigned to another Reserve forces unit or mobilisation augmentation position. If I fail to do so, I am subject to involuntary order to active duty for up to 24 months… “

Bush spokesman Dan Bartlett told the Washington Post in 1999 that the future president had served at a Boston-area Air Force Reserve unit after leaving Houston. But Bush never joined a Boston-area unit, the Globe said.

“I must have misspoke,” Bartlett, now White House communications director, was quoted as telling the Globe in a recent interview.

White House spokeswoman Claire Buchan, responding to the Globe report on Wednesday, said, “The president was honoured to serve his country. He met his obligations, and was honourably discharged.”

The Globe also looked at a 1968 pledge by Bush in which he committed to “satisfactory participation” at Guard training, including 24 days of weekend duty each year and 15 days of active duty each year.

But the newspaper said he performed no service over a six-month period in 1972 and nearly a three-month stretch in 1973 — erratic attendance that could have prompted his superiors to discipline him or order him to active duty in 1972, 1973 or 1974.

Instead, Bush’s unit certified in late 1973 that his service had been “satisfactory,” the Globe said. 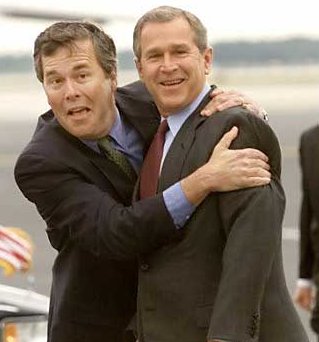 The National Guard and reserves, rarely called up during the Vietnam War, came to be regarded as “draft havens for relatively affluent young white men,” the Air National Guard says in a history on its Internet site.

The Pentagon on Tuesday released 17 pages of what it called newly found records concerning Bush’s service that showed he flew 336 hours in a fighter jet, most recently in April 1972, and ranked 22nd out of 53 pilots when he finished flight training at Moody Air Force Base in Georgia in 1969.

The pages did not resolve the dispute over whether Bush completed the service as required.

Democratic National Committee Chairman Terry McAuliffe said the details about Bush’s service undermined his credibility. “These new documents show that the president did not serve honourably,” McAuliffe said, accusing Bush of either lying about his record or suffering “some kind of severe memory loss.”

NEW YORK (Reuters) – Leaders of the largest group for gay men and lesbians in the Republican Party voted overwhelmingly against endorsing President Bush for re-election because he favors a constitutional amendment banning same-sex marriage, The New York Times said on Wednesday.

The board of the Log Cabin Republicans voted 22-2 on Tuesday night against endorsing Bush, the newspaper said, citing a spokesman for the group.

The group in February criticized Bush for supporting the amendment. “Writing discrimination into our Constitution violates conservative and Republican principles,” Executive Director Patrick Guerriero said at the time. “This amendment would not strengthen marriage — it would weaken our nation.”

typically the coolest head at the college rag that helped produce welch, both whalens, dougie gyro, mc brown, a big wig at sony pictures, a dude who writes for the daily show, a suit at cbs tv, and dozens of other success stories, amy continues to exude the class that i am sorely missing.

one of my favorite opinion columns at the paper “just words” was inspired by our heated debates of my use of a certain cuss word.

there will be a day when the Daily Nexus years will be documented on stage and screen. i would pick serena williams to play amy.

why? amy is a thin-as-a-rail pale white girl from bakersfield, hardly anything like my thick nubian wimbelton princess.

because like serena, amy emerged from the shadows to claim victory over all of her naysayers, evoking a style of her own and the heart of a champion. who would have thought that amy would have what it took to control all the testosterone and attitude delievered by a newsroom of budding geniuses?

but she did. and dare i say that many of those young men are hard-pressed to find much that they created after the nexus that was as dynamite as when under her watch. of course there are a few exceptions. but not many.

it was my great pleasure to hang out with amy this summer when we had our nexus reunion, and the nice thing about time and distance is that now i appreciate those days even more than i ever expected. of course during the many whiffle ball games in the bright sunshine next to the beach i understood how fortunate i was, but now many years later i see that indeed it was not only a time to remember, but an experience that i will never forget.

the work ethic and just plain old ethics that amy taught us via leading by example is one that i see resonated through welch and lallum and others today, but to see them first hand at such a young age was something that was of vital importance to me.

when, for example i bitch and moan about the president of the united states bullshitting the american public about how his records are complete, when they are clearly anything but complete, i think of amy and how she would have salivated at such a way to expose the lying liars.

happy birthday boss, i hope you have a great one.