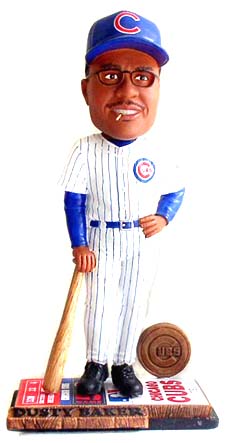 i hate to do this bro, but im gonna have to call you out.

you’ve got the sorriest best team ive ever seen in my life. and im old.

im so old i remember when the cubs really sucked.

when you didnt have a lineup so deep that sammy sosa was batting sixth, like you had yesterday

and the leadoff hitter smacked 25.

so deep that the catcher is batting .300

too bad hitting is just ten percent of the game.

im so old dusty that i remember when the cubs didnt have any pitching.

my boss’s boss today, a cub fan, came up to me and said

a rotation that nobody in the big leagues has right now

i was in five fantasy baseball leagues this year and in none of them did anyone have a rotation like that or close to five guys hitting that many homers.

and thats why i have to call you out.

i know im old because im more confused than ever right now.

im watching your team struggle against the pittsburgh pirates right now. it’s 1-0 in the bottom of the seventh, zambrano (pictured) is pitching his big macho ass off

literally throwing behind people with a crazy accuracy intended to make you stain your home whites.

and yet your mighty lineup capable of generating hundreds of rbis has a skinny number on the scoreboard with only six outs left in the game and i wonder to myself why you arent breaking some bats in rage to incite these motherfuckers as they slouch toward bethlehem to be destroyed.

im so old i can not remember a time when the general manager and owner of the cubs delivered to a manager a team as talented and productive and deadly as this years club.

your only weakness is that your closer has a habit of losing leads in the ninth.

but what do i know. im in the camp that thinks you should be scoring eleven runs a game against teams like that pirates, not barely winning 1-0 thanks to a bases loaded walk.

you were a foul ball away from the world series last year with a team worst than this.

youre not going to get a better team than this in chicago or anywhere any time soon.

let the fellas know it’s ok to take it up a notch now.

see you next month in the sports pages,

angelina + bunnie + how to avoid getting raped in jail part 2