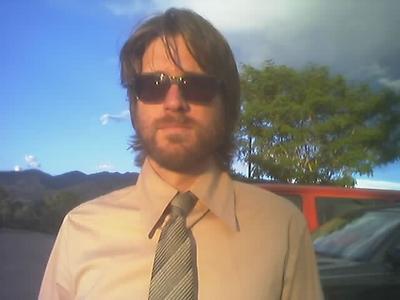 born to upper crust socialites on a cruise ship off the dutch antillies, charlie grew up priveledged but not spoiled. loved but not too much.

after he graduated from junior high school, charlie’s parents lived up to their threat of kicking him out of the house until he had read tolstoys finest work, anna karenina.

it was a miserable summer for chuck out there in the woods of bel air, especially since he was such a painfully slow reader.

but that experience not only shaped our birthday boy into the well-read writer and editor that he is today,

but it taught him a skill no one ever expected: hustling the three card monty scam like a fucking pro.

that and being able to cook over an open fire with very little tools or ingrediants.

i first met charlie in college, he took me for $75 that i didnt have and after he threatened to slice my cheek open with his sparkling pinkie ring he recruited me to write for the daily nexus, the campus newspaper.

at $10 an article it took me a while to pay him back, especially after the “interest” began compounding, but sometime around my second senior year we were even.

charlie then went off to prague with the rest of my friends and singlehandedly brought down the berlin wall. which sorta wasnt cool since it was in the national museum of vienna at the time, 1993.

when he returned years later to san francisco, charlie, ken layne, hippie mike, and dan k smith and i shared a flat on haight street near fillmore.

some of the adventures were captured in laynes brillant novel, dot.con.

charlie and ken, as history will show, ran one of the finest news web sites of all, tabloid, which was far ahead of its time, and if it were around today would give the onion, the daily show, and drudge, a run for its money.

eventually charlie and his longtime love bonnie moved down here to LA, and last year they honored me by inviting me to take part in their wedding… as the minister… a role ive avoided for years.

charlie and bonnie met me at my hillside a-frame, and after several hours of intense questioning and threats i agreed to perform the ceremony. the scariest thing ive ever done in my life.

and one of the all time coolest.

so heres to you charlie k hornberger.

friend to all, example in class, and purveyor of elegance.