4. Don’t expect me to ever tell the truth about the current administration. When they are wrong, fuck up, or have bad days I will bury it because if I don’t the republic might fall.

5. If you don’t share my political beliefs don’t expect me to link to you, even if I am writing about you directly.

7. I don’t have comments because I don’t like people reminding me of my shortcomings.

8. I have never seen a slam on the Dems that I haven’t liked or linked.

9. I am happy with this war, this president, the debates, the lack of weapons of mass destruction in iraq, the lack of troops in afghanistan, the US economy over the last four years, and the gas prices here in the states.

10. I’m not interested in being anything more than a tool for the right and an echo of their propaganda.

11. I am proud of the fact that I am less-balanced than Matt Drudge.

12. Even though I am an intelligent, capable, young law professor at a major university, I would rather not use any of those skills to actually bring about real debate or analysis to this incredibly interesting political race – instead I would rather stay partisan and ignore anything that is in opposition to what I believe.

13. There is nothing that George Bush could have done this term, other than pandering to France, that would have moved me to vote for Kerry.

14. I don’t care about George Bush’s military record, but I care deeply about Kerry’s.

15. Dan Rather used inaccurate documents and I was on his ass post after post for weeks even though he apologized five days later. President Bush sent us to war over inaccurate information and even though tens of thousands of people died over it and it sent our economy into a tailspin I refuse to criticize him for it, even though he has never apologized.

16. It took a comment on someone else’s blog to get me to be upfront to my readers about *some* of my intentions and behaviors, but Lord knows this disclaimer will be buried in the archives within days, and next week newcomers to my blog will continue to think that I am not as slanted as I know myself to be, and finally declared today.

17. I secretly love the busblog and if he were a right wing tool i’d be linking his black ass as much as i link all the other mini-limbaughs.

and karisa wants me to have a birthday party at my hollywood hills cabana.

she knows i dont like having parties at my place, but like any good friend, she wants me to break out of whatever weird shells i have.

so i am agreeing to meet her half way. tell me what you think.

if im going to have a party, i want it to be the sort of party that i would want to be at.

i want to have a catholic girl skirt party.

im pretty sure miss montreal will come, my truest will come, maybe we can get danielle up for it, and karisa since shes the ringleader will be there.

hopefully my dearly beloved will be there, moxie, although shes probably going door to door trying to get people to promise to re-elect bushie.

and of course my lawyer, fellow libra, will attend. and i can hand over her birthday present.

but the question is, do i make the fellas wear skirts too?

id be funny, but gross at the same time.

if coulter comes, you know he’d wear one even if it wasnt a theme party. fckr.

do i really wanna see mc brown in a skirt?

and you know some jackass is gonna make me wear one. and since i have beautiful legs of course i would accept the challenge.

and i want to invite my neighbors over, since they were nice enough to relinquish my parking spot back to me.

and i want to get tiffany over before she heads out to italy.

and i want to drain the remains of all that absinthe you see littering up my tidy apartment.

but i hate hosting my own parties. how do you tell people to get the fuck out when you want to go to sleep?

and then theres the cleaning the next day…

and the teens littering the bathroom floor the next day

and the cigarette butts in the full opened bottles of coors light.

so yes, its decided, the only thing that would convince me to host my own birthday party would be a tsar acoustic set, and all the babes in catholic skirts

welch and the boys included.

the film, has an extended remix rough cut

that you can now view, and i hope you do 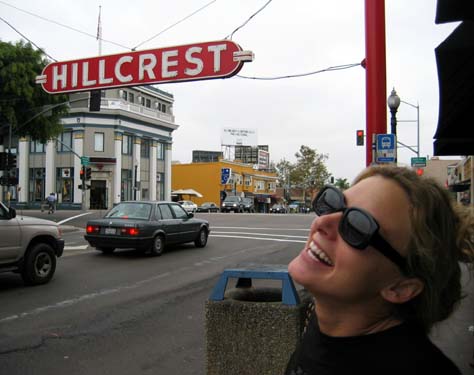 with no hot chick next to me, with no cool job to go into, with no real life to slip away in

and i think, yeah but you had a good weekend

miss montreal was out of town and she told me i could use her honda element. i said, can i take it down to diego? she said, as long as thats as south as you go.

she knows i cant stand san diego and i love meh-he-ko.

so friday night right after work i took the ten to the four oh five and i sped down the coast to the new home of our miss danielle who lives in the gay part of san diego.

which is something that hot girls tend to do, im noticing, since its usually nice, and clean, and safe.

danielles place is cool. she has decorated it wonderfully. i will have more pictures later.

i got there around 9:45pm and the plan was to see Matt and Trey’s new puppet movie “Team America”.

we saw the film, it was good, not great great, but good.

problem is, despite the numerous good jokes – numerous – you end up not liking any of the characters. its weird. the puppetry is awesome. they even make fun of the genre a lot. the songs are great. the story isnt bad. but for some reason the thrill is gone about half way though.

someone called it the best crappy movie ever.

rocky horror gets that award, plus this wasnt crappy. it was good. they just needed something in the middle to make it better. i dont know what. but something.

reading the interviews with trey and matt they pretty much hated the process, which ballooned the costs up to $30 mil. but im glad they did it and it was a fun friday night film for she and i to see.

we stayed up late reading some of the crazy emails that i have in my gmail account.

in the morn we ate at this bread place and went shoe shopping.

i miss danielle. i forgot how great we get along together. its freaky.

and this morn i have to return the car and go back to my dumbass life.

i cant say that i like san diego any better after this trip, but at least i have one more friend there that i can call if im ever on my way to baja.

btw, we used gmail on her mac laptop, i was under the impression that it didnt work on macs.