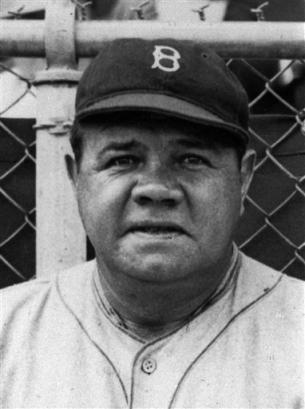 their most clutch hitter and mvp david ortiz made $4.6 mil.

of course youre going to have to pay for pedro, manny, and schilling – those guys arent free.

plus they were competiting regularilly with the yankees who had 8 guys making over $10 mil each.

the story of the 2004 red sox might be many things but it’s not the tale of theo epstein breaking the bank to outspend steinbrenner.

his last big trade, if you remember was one where he let go of nomar in a multi team deal so that the sox would have better defense.

dramatic, bittersweet, not sexy, but successful.

when i think of this postseason i will think far more about how they came back 3-0 against the hated yankees, holders of the richest team salary in baseball history, and swept the next four games.

and won four more in a row in the world series against the st louis cardinals, holders of the best record in baseball this year.

but mostly i will think about curt schillings bloody red sock,

and how they won the world series

their first in 86 years

the night of a lunar eclipse. 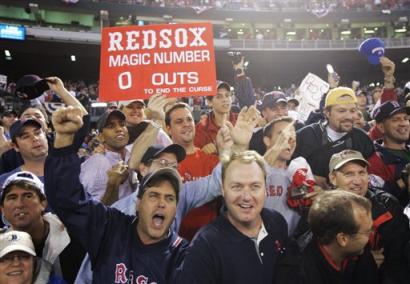 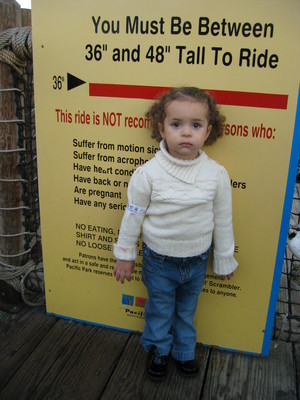 was a guest on a san francisco radio show.

howard stern, king of all media, found out and called into the show.

the two talked for the first time… ever, and yet the radio host was more concerned about the commercials than the battle that would have sure to had ensued if he had just sat back and let it happen.

let them talk to each other on your damn radio show.

if you must, you can ask them a few questions

chairman powell, you say that the commision is still deciding how to rule on the oprah case. why does it take so long? if it’s blatantly illegal speech it’s identifiable instantly. isnt it?

but if after 6 months youre still not sure, then why not just come out and say oprahs not guilty but howard is?

howard, isnt it true that you owe michael powell a thank you? he is the arch enemy you never had. all your other radio competitors fell at your feet, but this guy… even in your moment of glory he still has the upper hand and he might chase you to satelite if your lucky.

wouldnt you agree that if it were not for the witchhunt of the intentionally vague powell commision and his overwhelming fines that you wouldnt have gotten your highest ratings ever and the $100 million contract from sirius radio?

chairman, why isnt the word nigger deemed obscene? i dont want my beautiful neice hearing that word on the radio. why should she? if youre going to protect her from pleasant or at the least far less-ugly words like tit or cocksucker, why not the most hateful word i could use?

please explain to us how sex words are more dangerous to my niece’s pysche than undeniable hate speech.

howard, why are you only planning on programming three of their sat stations? why not all of them? how hard could it really be?

in yesterdays dialogue came the accusation that somehow the fcc wont go to court against stern regarding the fines. i hadnt heard about that before and i wonder if it will be examined in the next week or so.

Stern: You know, the thing that amazes me about you is, you continually fine me but you’re afraid to go to court with me and I’ll explain myself if you give me a second:

Fine after fine came and we tried to go to court with you to find out about obscenity and what your line was and whether our show was indecent, which I don’t think it is. And you do something really sneaky behind the scenes. You continue to block Viacom from buying new stations until we pay those fines.

When will you allow this to go to court and stop practicing your form of racketeering that you do by making stations pay up or you hold up their license renewal?

Powell: I’m afraid it is. There’s no reason why Viacom or any other company who feels that they have been wrongly fined can’t sue us in court. We have no basis whatsoever to prevent them from going to court.

Stern: You’re lying. I’ve lived through your fines, Michael. And Mel Karmazin came to me one day and said, “Howard, we’re gonna have to pay up some sort of cockamame bunch of fines that we don’t believe we’re wrong but we can’t get our paperwork done…”