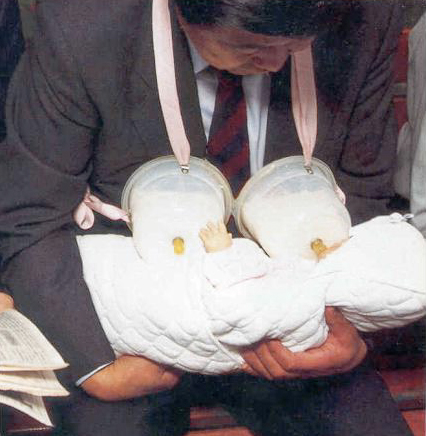 i do. its monday im im just recovered from the party that two of my xloves arranged beautifully. i didnt really want a rager but i didnt want a few people looking at each other saying yep well. for some reason i always fear that no one will show up since i hardly ever go out to their bashes. but my friends are the best.

lots of great people showed up including a friend of john woo’s who could open a bottle of beer with anything. i saw him use a double a battery, a pair of sunglasses, a pitchfork, an empty bottle, a disposable razor, the kitchen sink, a butcher knife, a plastic bottle of perscription drugs, an ipod, a picture frame, and a cordless phone.

he only failed with the macaroni, and the hangnail.

later, the original tenant of my apartment, shira, gave me a huge bottle of gin. huge. im thinking of drinking it while putting together blook ii for your ass.

i think bonnie and charlie gave me brian wilson’s smile but at that point i was pretty sloshed and am only listening to it now. but i love it!

mc brown made me a cd, got me the mean girls soundtrack and gave me a playstation 2 game. on the cd that he put together is a song called “titties and asses” by some hip hop guy thats so funny that chris stole it from me.

i also got some laker tickets. gracias.

i have so many bottles of wine now that now i need to have another party to get rid of it.

or i could just drink it and write to the cuban american girl who when she left everyone said, tony you fucked up on that one. you need to get her back.

saturday we drove up the coast to neptunes net in malibu. it was a perfect day. funny thing about neptunes net. for some reason they dont have real toilets. they have portapotties outside with this little shelter built around them. then you come out and you have to push the pump to get water to dribble out and work at the soap dispenser while realizing how many people with portapotty shit hands have put their fingers up that soap thing and failed at getting any soap too.

fortunately theres another sink inside the patio where everyones eating huge shrimp with their hands.

fresh jumbo shrimp and i do mean jumbo goes for $17 a pound. the guy scoops it into a steel bowl for ya, you hand over the money and another guy dumps it into a thing of boiling water. same goes if you point at the $20 a pound lobster or $18 a pound crab squirming around in the tanks of water.

then you go into the antestore which has fried seafood, sodas and beers. because its sortof a biker hang out (although mostly a surfer place) neptunes net has some of the finest selections of 24 ounce tall boy cans of beers.

perfect for when youre about to drive back down the 27 miles of coastal highway of malibu.

ah neptunes net one of my favorite establishments in the world.