not really, but shit man, you gotta love how they stick together.

arnold schwarzenegger became governor of california despite the fact that he brazenly smoked weed in a movie, groped women on film sets, and his father was a nazi police cheif.

george w. bush became president and then was reelected despite having a drinking problem, a cocaine problem, a spending problem, a finding osama problem, and a winning the war problem.

jim demint recently became senator of south carolina despite saying that gays and unwed pregnant women are unfit to be schoolteachers.

adding that following the rules of the Convention to al qaeda and taliban detainees “could undermine U.S. military culture…”

gonzales’s interesting stance on the geneva convention had some critics including the secretary of state colin powell who said that disobeying the rules of the convention “will reverse over a century of U.S. policy and practice in supporting the Geneva conventions and undermine the protections of the law of war for our troops, both in this specific conflict and in general.”

Rear Admiral John Hutson (ret.),Navy Judge Advocate General from 1997 to 2000, said, “When you say something down the chain of command like, ‘The Geneva conventions don’t apply,’ that sets the stage for the kind of chaos that we’ve seen.”

but because gonzales is republican and because this war on terror cant be bothered with people who are going to constantly interfere with crazy complaints of rules being broken or human rights being trampled, he got the nod today

as terrorist suspects sit in cuba without lawyers or any trials.

the president today said of his nominee, “his sharp intellect and sound judgment have helped shape our policies in the war on terror.”

gonzales of course didnt just come out of his momma wanting to re-write concepts of torture and false imprisonment, before the texan became buddies with the president he was a former partner in the houston law firm Vinson & Elkins, which represented Enron. he also received campaign contributions from Enron when he ran for re-election to the Texas Supreme Court.

even though i like many of the democrats’ ideas, it bothered me how they distanced themselves from bill clinton as he was being unfairly impeached, i hated how they abandonded al gore even though he won the 2000 election, and i was shocked at how they tossed aside howard dean simply because he got a little excited during a rally for his volunteers.

the dems can learn alot about their adversaries.

which is why today i am switching sides and am officially a republican.

found on floor + rabbit + thanks mist

between bloggers and comic strip artists who have a presence on the web.

the rule should be that we can use their strip as long as we link the image to their site and maybe one or two other times in the post.

cuz the problem is, if you arent reading the paper anymore how are you going to find great comics?

and if youre a comic artist why not expand into the world of blogs which could directly link your comic with, i dont know, a book you might be hyping or merch or something.

just in time for kwanza.

i know i have a much harder time finding something good graphically to put up here than to think of something to say.

i would love to have a comic a day on here.

and if they sold 4×6 prints for $10 each of the ones that are least requested i bet they might get more takers than theyd realize. 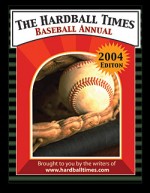 which is a ton better than no

but you know who has a book which i’m sure is terrific is my favorite baseball blogger mr aaron gleeman, its called the Hardball Times 2004 Baseball Annual

aaron is a college student in minnesota who has written for Baseball Primer, Rotoworld, InsiderBaseball.com, and FOXSports.com

he’s so badass that he got Bill James to write a guest column for the book.

if you want to get matt welch a thanksgiving present, this would be perfect.

get your war on + republic of seabrook + raymi + danielle

each time a new girl sends me a naked picture through the email or aim chat, it always startles me for a second.

and i always doubt that its really them.

everyone has pictures of someone being naked and who’s to say that those pixels arent them.

and i know that one day i’ll totally get punk’d by some asswipe pretending to be a hot chick who will catch me believing that some super cute girl from a faraway land would do anything for me because of something that ive writ or because of everything.

this girl is beautiful in a way ive never known. her english is really good which is remarkable, considering.

probably within five minutes of chatting with her i told her i loved her.

and she told me she loved me too.

and today i said what are you wearing

and i said would you mind taking a picture of yourself and she said no problem and within a few minutes there it was.

and then a few minutes later there was a naked one.

nobody on your fuckin shit is getting hot swedish gradschool girls to get naked for them.

hire my ass for the blog you need to launch.

nothing is worse than failing to capitalize on a monopoly: it borders on laziness and disrespect

opportunity has knocked for you in such a way here in LA that it’s laying on its back in the front yard and spreading and waiting and yet you come to the door with the guy chronicles man of the house and tj simers?

a good friend said it and its true and its sad: if the new york times launched a blog in december, the la times would have one in january.

and you call yourselves men. 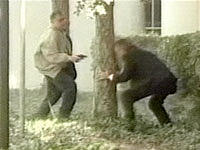 best thing ive seen on tv was the other day when this guy was getting shot at and he was hiding behind a tree that was maybe five inches wide.

people ask me all the time, how come youre not doing exactly what you want to be doing. what you should be doing.

and i think its that fucking tree in the way. that little barely-there one.

so improbable to be of any consequence in any way but all the difference in the world.

get it together, times.