Ol’ Dirty Bastard, a founding member of the Wu-Tang Clan, died of unknown causes on Saturday in New York, according to his spokesperson. He was 35, but would have turned 36 on Monday.

Sources close to the rapper (whose real name was Russell Tyrone Jones) said he had complained of chest pains earlier in the day, although no further details are available as of yet. ODB had been scheduled to perform with Wu-Tang at a concert in New Jersey on Friday night, but missed the show.

Another source reported that ODB arrived in the New York area on a flight from Denver at 10:30 p.m. Friday. He was at Wu-Tang’s studio, 36 Records LLC on West 34th Street in New York, when he collapsed at approximately 4:35 p.m. on Saturday (November 13). He was pronounced dead at 5:04 p.m., according to Ellen Borakove, a spokesperson for the city medical examiner’s office. She said that an autopsy will be conducted Sunday, and results should be known Sunday afternoon.

A statement was released Saturday evening by ODB’s mother, Cherry Jones. “This evening, I received a phone call that is every mother’s worst dream,” she said. “My son, Russell Jones, passed away. To the public, he was known as Ol’ Dirty Bastard, but to me, he was known as Rusty, the kindest, most generous soul on earth. I appreciate all the support and prayers that I have received. Russell was more than a rapper, he was a loving father, brother, uncle, and most of all, son.”

Damon Dash, who signed ODB to Roc-A-Fella Records last fall, also released a statement. “All of us in the Roc-A-Fella family are shocked and saddened by the sudden and tragic death or our brother and friend,” Dash said. “Russell inspired all of us with his spirit, wit and tremendous heart. He will be missed dearly, and our thoughts, prayers and deepest condolences go out to his wonderful family. The world has lost a great talent, but we mourn the loss of our friend.”

Dirty, easily the most eccentric of the nine Wu-Tang Clan rappers (if not in all of hip-hop), showed promise as a solo artist, but was hindered by a long series of clashes with the law, which ranged from shoplifting to making terrorist threats.

After his release from prison and psychiatric care, ODB signed with the Roc and was recording as Dirt McGirt. Most recently, he collaborated with Macy Gray for the album.

After several years apart, Wu-Tang reunited this summer for a concert in California. A recording of the show, titled Disciples of the 36 Chambers: Chapter 1, was released in September.

or how about the time that mtv was interviewing him in a limo and he was explaining how he used to be on welfare and he still had his card on him, and he took them to the welfare office to show him that when you slid your card if you were eligible a receipt would print out allowing you to claim your check.

mtv left out the fact that when he slid his card it still worked, he got his welfare check and climbed back into the limo to continue the interview.

thats the ol dirty that we love.

we also compared his crimes to those of robert downey jr.’s many years back. 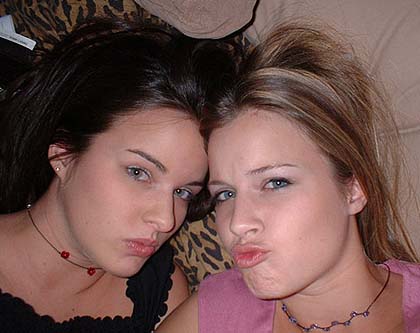 you can either take or be taken. and when i was interviewed by black webmaster a few months ago they asked why is that disclaimer up there? and i said cuz if you knew how much was true youd judge me.

i told her well im certainly not going to be taken.

she said oh its fun to be taken because you get to stay at her house until she wants to return you. no late fees.

i said what if i want to leave?

safe? thats how it started, here were all these horned up sexy young women who were already being ostracized so why not actually have all of the sex that they were accused of having. and they were all being tested every week. so why not bounce around that small safe fun circle.

i hadnt even had my apple juice.

and i barely knew the girl.

so it was difficult to ask if it would cost me $19.99 like regular net flix.

she looked like kristin of madpony minus the southern accent.

and she pulled out a really old chapbook that i made my senior year of college. poems. collected ones.

it was called fuck. 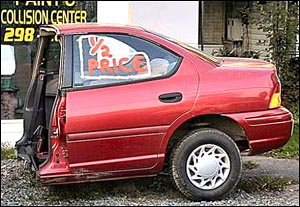 she said, while you think about it, would you mind signing this?

she bit her heavilly glossed lip and said, theres no disclaimer in this book, does that mean that everything in there is true.

and i signed my name

and said, tell your girlfriends i’ll be a taker.

but my netflix gives me three at a time.

and through out the night, one at a time, there were seperate knocks at the door.

and after i lived up to my reputation, we had the hottest game of scrabble youve ever seen.

the whitest girl ever played onyx

and i made a strong comeback but it was too little to late and since i was the low man they got me to promise that they would get to take me some day.

and in the morning they had gone

returned themselves which means today, sex saturday, there will be three new ones.

FALLOUJA, Iraq — The Marlboro man is angry: He has a war to fight and he’s running out of smokes.

“If you want to write something,” he tells an intruding reporter, “tell Marlboro I’m down to four packs and I’m here in Fallouja till who knows when. Maybe they can send some. And they can bring down the price a bit.”

Such are the unvarnished sentiments of Marine Lance Cpl. James Blake Miller, 20, a country boy from Kentucky who has been thrust unwittingly and somewhat unwillingly into the role of poster boy for a war on the other side of the world from his home on the farm.

“I just don’t understand what all the fuss is about,” Miller drawls Friday as he crouches inside an abandoned building with his platoon mates, preparing to fight insurgents holed up in yet another mosque. “I was just smokin’ a cigarette and someone takes my picture and it all blows up.”

In the full-frame photo, taken after more than 12 hours of nearly nonstop deadly combat, Miller’s camouflage war paint is smudged. He sports a bloody nick on his nose. His helmet and chin strap frame a weary expression that seems to convey the timeless fatigue of battle.

And there is the cigarette, of course, drooping from the right side of his mouth in a manner that Bogart or John Wayne would have approved of. Wispy smoke drifts off to his left.

The image, printed in more than 100 newspapers, has quickly moved into the realm of the iconic.

That Miller’s name was not included in the caption material only seemed to enhance the photograph’s punch.

The Los Angeles Times and other publications have received scores of e-mails wanting to know about this mysterious figure. Many women, in particular, have inquired about how to contact him.

“The photo captures his weariness yet his eyes hold the spirit of the hunter and the hunted,” wrote one admirer in an e-mail. “His gaze is warm but deadly. I want to send a letter.”

The photo seems to have struck a chord, as an image of America striking back at a perceived enemy, or just one young man putting his life on the line halfway across the globe.

Whatever the case, top Marine brass are thrilled.

“That’s a great picture,” echoed Col. Craig Tucker, who heads the regimental combat team that includes Miller’s battalion. “We’re having one blown up and sent over to the unit.”

The photo was taken the afternoon after Charlie Company’s harrowing entry into Fallouja under intense hostile fire, in the cold and rain. Miller was on the roof of a home where he and his fellow 1st Platoon members had spent the day engaged in practically nonstop firefights, fending off snipers and attackers who rushed the building. No one had slept in more than 24 hours. All were physically and emotionally drained.

In person, he is unassuming: of medium height, his face slightly pimpled, his teeth a little crooked. 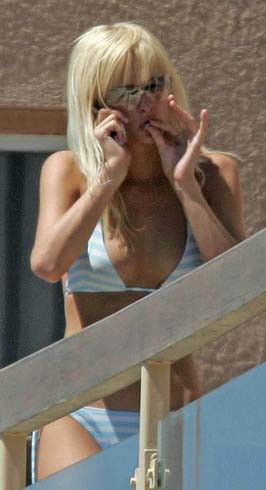 What does Miller think about the Marines, anyway?

“I already signed the papers, so I got no choice but to do what we’re doing.”

Because of his fame, Miller is now obliged to provide smokes to just about anyone who asks. It’s just about wiped out his stash.

“When we came to Fallouja I had two cartons and three packs,” Miller said glumly, adding that his supply had dwindled to a mere four packs — not much for a Marine with a three-pack-a day habit. “I don’t know what I’m going to do.”

Even in the Marines, where smoking is widespread, the extent of Miller’s habit has raised eyebrows.

“I tried to get him to stop — the cigarettes will kill him before the war,” says Navy Corpsman Anthony Lopez, a company medic.

Miller, who was sent to Iraq in June, is the eldest of three brothers from the hamlet of Jonancy, Ky., in the heart of Appalachian coal country.

“It’s named after my greatgreat-great grandparents: Joe and Nancy Miller,” the Marine explained. “They were the first people in those parts.”

His father, James Miller, is a mechanic and farmer, and the young Miller grew up working crops: potatoes, corn, green beans.

His mother, Maxie Webber, 39, is a nurse. She last talked to her son Sunday via a satellite phone. He could only speak for a few minutes, long enough to say hello and reassure his family.

After the U.S. attack on Fallouja began Monday, family members waited for some message that he was alive. Days later, they sat in shock as newscaster Dan Rather talked about The Times’ photograph. Who is this man, Rather asked, with the tired eyes and a look of determination?

Others in Jonancy, including his own father, didn’t recognize the camouflaged and bloodied man as the boy they knew.

“He had that stuff on his face. And the expression, that look,” said Rodney Rowe, Miller’s high school basketball coach. “Those are not the eyes I’m used to seeing in his face.”

Back in high school, Miller was an athlete, joining every team that played a sport involving a ball. The school, Shelby Valley High, is located in Pikeville, the nearest town of any consequence and the home of an annual three-day spring festival called “Hillbilly Days.”

Miller was somewhat unsure what to do with himself after high school. His father never wanted him to work in the mines.

“He would have been disappointed if I did that,” Miller says. “He told me it was awful work.”

So Miller enlisted in the Marines in July 2003 after a conversation with a recruiter he met at a football game.

“What I really wanted to do was auto body repair,” he says. “But before I knew it, I was in boot camp.”

Now, he says, he is just trying to get through each day. His predecessor as platoon radio man was sent home after being injured in a car bomb attack.

Miller has three years remaining in active duty, but he appears disinclined to reenlist.

And he shrugs off suggestions he may cash in on his fame. “When I get out, I just want to chill out a little bit,” he says. “Go back to my house, farm a little bit, do some mechanical stuff around the house and call it a day.”

Oh, and one more thing: “I’ll just sit on my roof and smoke a cigarette.”