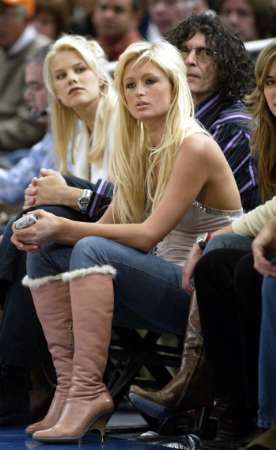 the busblog awards, now called The Annas, are coming along very nicely. i appreciate everyone who has sent their nominations in.

i was asked to extend the deadline to noon on thanksgiving.

so keep sending em in.

the monday after thanksgiving, when people are back to their cells cubicles we will start announcing the winners.

whatever it is, it will be different than what you normally see on the web + tv + anywhere. cuz thats sorta what youve come to expect from the busblog, no?

there was great debate about what could be written and what couldnt. yes, they wanted to censor the great tony pierce. can you believe it?

finally i just re-wrote the begining to include the foulest, most disgusting, but kick ass poem ive ever written to be the first thing in the book.

i said, this is a book that shows people, by using examples, how blogs should be written: fearlessly, creatively, powerfully,

maybe it was ron artest standing behind me, but they got it. they saw the light.

i was all, dude thats far too late. what if people want to buy copies for their friends/families/enemies/loved ones/local libraries?

and they were all, but but but

and i was all

and they were all

and finally they were all, fine.

so tomorrow night i will be getting a few copies FedExed to my ass for final editing and if all goes right, wednesday i will have a link up so that you can buy them.

so heres what i want to do, i want to offer the book to you for $19.08, the last year the cubs won the world series.

it will stay that price until next year and then if we have any left we will jack it up to a more profitable price.

all i want is for you to have it and to be able to give it as a gift. if i make a little profit, whatever. i dont plan on getting rich off any blooks. i just want them out there.

in the xbi. and sometimes i dont understand it myself.

we fight crime. we fight fucked up terrible dirty crime. shit that you dont even want to think about.

we do it every day.

sometimes someone from up high in command will get on the mic and start screaming in my headphones.

it makes me wonder how the people who can handle the stress the least always get the big gigs.

most of the time we are doing our shit nearly silently.

make sure to aim high.

simple. and thats the way its gotta be. for one reason you want to keep things chill cuz once you get to the scene things are rarely anything But chill. but for another reason we’re supposed to be pros.

even though we steal from the theives.

so today one of the higher ups got himself on the mic and started freaking out in my cans and i wanted to say, “someone shoot that guy in the neck.” but thats frowned on.

got to the location, took care of business and i wanted to say, see. but i didnt. i dont do nothing. i just sit there and steam to myself and look at the haze covering the south bay and wish i was a little kid back in the olden days when things were simpler and people just sorta said hi to each other

and you got said hi to back.

last night me and matt welch went to staples to see the lakers play the bulls.

it was very nice.

i asked our usherette if they gave her mace just incase, she said, nah.

matts a great friend and we should figure out how to hang out more than once a year.

he met me at the subway stop and we rode in and it took maybe 15 minutes including waiting time. got to our seats just in time for the tipoff.

our seats were courtside thanks to my buddy sam from the college days.

i was looking around for david stern so i could pour some beer on him but the $10 sam adams’s tasted so delish that i wouldnt want to waste them on the clueless commish who thinks its cool to punish the victims but not the assailants.

how does ben wallace only get 6 games when he wanted oh so badly to have the fight – who ran into the stands too – who pretty much instigated the madness?

a guy on the radio this morning said that Detroit should be punished as an orginization by having 15 of their games played somewhere else so they cant get any of the income.

i think thats a good idea.

but i really wish that people who have proven that they cant handle pressure situations should get boring desk jobs away from the action.

and out of my headphones.