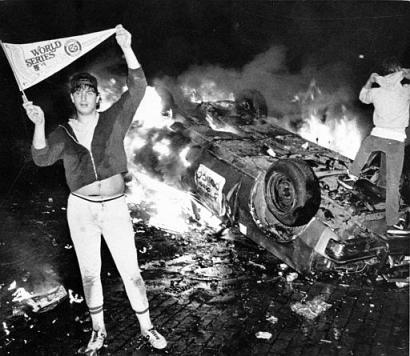 What do we do if Bush wins?

He didnt even win last time.

So in the last four years has Dubya done anything – Even ONE thing – to get someone who voted for Gore to vote Bush this time?

in fact he fucked up nearly everything he touched.

and with all these bogus polls telling everyone that its a tight race all its doing is mobilizing the stoned slackers who didnt vote in 2000 to put down their 6 footer for a few minutes and vote kerry.

America might be a lot of things, but we as a nation do not reward men who fuck our economy, who dont say squat about increased gasoline prices, or who take us to war for the wrong reasons and have us LOSE said war.

Republicans (or those who occassionally vote Republican) dont reward administrations who spend $200 billion to squash Osama and fail. Osama looks better after 3 years of Bush chasing him than I do! how does that work?

americans dont like being dissed by anyone named Bin Ladin. that video tape made Bush look like Elmer Fudd and made OBL look like Buggs Bunny nibbling on his carrot – it didnt make one person say, “gee, bin ladin is still around, i really need four more years of Dipshit to ‘protect’ my american ass.”

the idea that Only george w. bush can lead the fight terrorism is the most ridiculous concept ive ever heard.

fucker doesnt even know which countries are terrorists and which arent.

what the last three years have shown is if theres one person who Cannot fight terrorism it’s George W. Bush

who couldnt even handle a physical at the Texas National Guard, so of course he can’t handle international politics, domestic spending, or war.

there should be a box next to kerry’s box that says “duh.”

what should you do if bush wins tracy?

burn the mother down.

cuz theres no overwhelming rush of new republicans coming out of the woodwork, but theres plenty of dems.

and if somehow they figure out a way to take away our freedom to vote and to have our vote count then they deserve the fires that will burn across this land.

and he wont win this election.