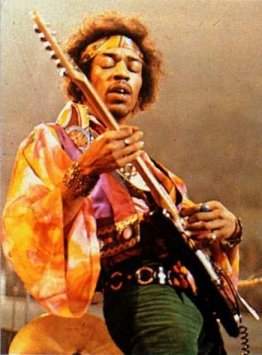 the greatest guitarist of all time.

so to celebrate i downloaded the new nirvana box set of rarities.

voices from the grave.

when i die i hereby bequeath all my demos and rare tracks to frances bean.

my house is a mess and i have a date at noon.

who accepts such invitations?

apparently theres a place that has these pancakes which as karisa says are as big as your ass.

she and i did laundry yesterday to celebrate jimis birthday.

today she set me up with a girl she met at trader joes.

my lawyer is having a tree trimming in about a week. if i was a good friend i woulda figured out how to print out 50 or so of my books and hand em out to my buddies at the party but im a dumbass.

i had four made of the original run with the now-illegal cover. i gave one to karisa who was shocked at how great it looked.

i gave one to chris who kept saying omg omg omg.

they really do look good.

i was gonna mail one to ashley but now it turns out that she probably doesnt want it.

and i was thinking about mailing one to sepi because she helped me compile some of what ended up in there but i have lost contact with her.

i slept on the couch last night. it was cold. i fell asleep with the blankets over my head and the space heater clicking on and off throughout the night.

and kurt demoing songs for me.

my house is drafty and old and not meant for sub 60 degree temperatures.

but i guess its better than sleeping under a bridge.

and if i had a left handed son

ive eaten three mcribs in the three days since theyve been back,

and it doesnt take a documentary to tell you that thats about two too many.