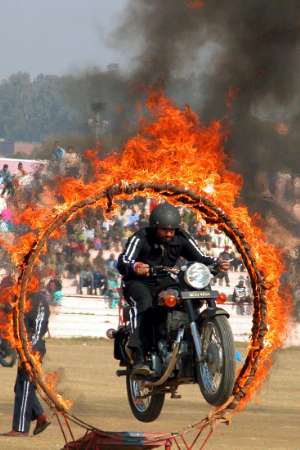 had a few things to say in the comments of my last post.

heres how it went down.

it begins with “Glenn” paraphrasing something i wrote recently, and it ends with me winning, of course.

“You know why [he sucks up to] the Republicans?

That wasn’t true, as I’m sure (or, at least hope) Tony really believes.

Capitalism–the world we live in–breeds opportunities for those with positive ambition.

then why do you suck up to Republicans – especially when you claim not to be one?

I don’t suck up to Republicans. I agree with most conservative points, especially in foreign policy. Liberals, as of now, have few credible stances on issues that are worth addressing.

And, ahem, most liberals are shallow and undereducated on the facts.

if thats the case then why are you ashamed to call yourself a Republican?

I am not a Republican. As you are not a Democrat.

You despise Bush—I disagreed with Kerry.

I did not support the election of John Kerry, but I did vote for him as nader wasn’t on the ballot here in CA.

you had no reason to despise Kerry. he didnt capsize the economy, he didnt go to war over wmds and then find none, he didnt cockblock g/l/t americans from marrying each other.

im not a democrat but i also dont rip apart one party and pimp out the other on dozens of posts every day. i call bullshit on the bullshitters despite their party affiliation. you do not.

when rummy went to capital hill to take his lumps for the iraq prison scandal, you ignored it. when the white house formally announced that they were giving up on searching for wmd you ignored it until days later when you were called out. when bush lost every debate you ignored that too.

an admirable 30 posts a day, but they are overwhelmingly pro-right and anti-left.

if there has ever been a day where you wrote four posts in a row critical of Bush, i havent seen it.

coyness is nice, but coyness can stop you from having the legitimacy that your buddy Gina claims is so important on this blog.

for the record, Kerry and the Dems are dumbfucks who couldnt get their heads out of their asses and figure out a way to beat a monkeybrained retard. may the Dems go the way of the whigs for their last defeat.

show me where youve ever written anything even close to that about a big time Right wing failure, specifically a Bush failure.

sadly i doubt you can. and that’s because you are a modern-day Republican. ashamed. hiding. justly. lying to exit pollsters and voting from a place of fear.

id rather be broke and apologize for having to throw up a few cheap ads than stifle myself and try to be coy.

so maybe in the big picture, i win.

and probably start having ads.

all of this kills me.

i live such a quiet life you wouldnt even believe it. i walk to the subway, i take that to the bus. i walk to work. i save the world. then i take the bus home.

i havent lived beyond my means for years and years.

everything in my life is relatively predictable, financially, which is why i have been able to live off such meager means for so long and have mostly all the things that i want.

however in the next few months the dentist is going to do some expensive proceedures, and im going to have to start shopping for a car if i get accepted into grad school.

so heres the deal, the normal price for books was $19 plus shipping. i now have a limited amount of signed copies that i will sell for just five bucks more. so if you want an autographed How To Blog, just email me and tell me who to sign it to, where to mail it to, and i will send you a PayPal invoice. just know that the price will be $24 plus shipping.

maybe we can sell enough books to pay for this upcoming crown we’ve been working on for what seems like a year now.

as for the ads, i appreciate that you guys really dont care. i care though. and they’ll be there. they’ll be costly, but they’ll be there and theres not much i can say except i need to make a few extra bucks and i’ll try to do something smart like put them on photo essays and not all over the blog, although there will be a few here.

in a perfect world i would be flagrant‘s houseboy + chauffeur.

this is also a good time to announce that there was a secret raffle and Chokey Chicken and Bicycle Mark both win autographed copies of How To Blog.

congrats fellas. just email me (busblog at gmail dot com) and give me an address to mail it to.

it was one of the girls from the academy awards.

they come to my house with dvds so that i can review them on the busblog.

their belief is that i will write about the films and they will get more attention and it will create “buzz” and it will cause the box office receipts to increase.

whatever. all i know is hot babes show up in the middle of the night and i get to see new films with them.

everything was fine when the evening began. i didnt know that the academy would be visiting me so i broke out my new george forman grill and cooked up some steaks.

i think i overcooked them.

didnt matter, i had a huge bowl of peas with a nice baked potato in the middle of it. butter soaking into the legume. pepper sprinkled nicely everywhere.

petra, the young lady arrived and looked a little hungry, so we each had a steak and split the vegetables.

we drank C2 from the coca-cola family of products.

as she started boxing she knocked people out pretty quickly. some of the boxing world characters were shady. everyone except for morgan and clint and the chick.

the only flaw in any of the characters seems to be that clint’s character is a little conservative in the way he picks opponents.

petra had seen the film already and assured me that it was one of the best in the year and definately deserving of all the nominations.

we debated whether Passion of the Christ wasnt better than this. she said, oh heavens no.

she had a short skirt on and boots.

i hadnt made love to a girl in months. although it seemed like years.

i said, if i say that this movie was better than the passion do we have to finish watching it?

i said, what if i say that this movie was the best movie of the year even though nothing fascinating has happened an hour and fifteen minutes into it? then can we go into my room and play reindeer games.

she said what are reindeer games?

i said, you know, i pretend that im santa, and you pretend that youre a lonely young woman watching pornography, i climb down your chiminey and startle you and your towel falls off.

she said, what does that have to do with reindeers?

i said, at some point someones nose will begin to get red and glow.

young petra considered this while i cleared the plates and microwaved the popcorn and when i returned i realized that million dollar baby was the best movie of the year.