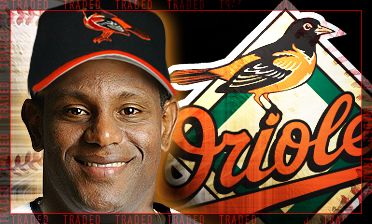 at the dumping of sammy sosa

I refuse to believe some settlement could not have been worked out with Sosa this season. Yes, it would have been a distraction, but there are always going to be distractions during the course of a 162 game major league season. Plenty of teams have done fine with malcontents, and I don’t believe that would’ve been Sosa’s aim for this season

I know he walked out on his team.

I know he used a corked bat.

I don’t understand how this could’ve happened.

Would you trade the blue from the uniforms?

Would you trade Wrigley Field?

How could you trade Sammy Sosa?

From 1993 to 2002, Sammy Sosa was as much the Identity Of The Cubs as the Blue and Wrigley. Or at least the part of the identity which were not losers. He carried the franchise thru some awful, pathetic attempts at baseball teams, carrying the hope of the fans with him. Maybe the team wasn’t good enough to win over the course of the season, but any day, Sammy might change that for his team. And we all loved him for it.

Those days were perpetually warm, sunny and bright summer days. Today’s another moment in a typical Chicago winter’s cold, dim, and overcast winter.

Sammy to the Orioles

Hendry Acts Out of Desperation

With the Sammy Sosa trade all but complete, the speculation can now begin. Sorry, maybe I’m being too easy on Sosa, but I would rather see Sammy in the outfield than Jerry Hairston, Jr. That’s right, I said it. Sammy for Hairston is one of the most lopsided trades in recent years. The prospects being included are not even ranked within the Orioles top 5.

By dealing Sammy for Hairston, Jim Hendry has done one of the most hypocritical things I have ever seen. In essence, Hendry has traded one whiner for another. Jerry Hairston spent much of last year complaining about playing in the outfield rather than at second base, his preferred position. And yet, the Cubs expect Hairston to be their starting left-fielder next year. If Hendry wanted someone whining in the outfield, he could have kept Sammy and saved millions in the process

I picked the wrong night to go to bed early. I had to wake up to the news and posting on other blogs of the pending Sosa trade for Jerry Hairston, Jr & prospects.

I’m not sure how I feel about this. With Alou and Sammy gone, the Cubs are letting 75 HRs leave the outfield. This WILL have an impact on the team. 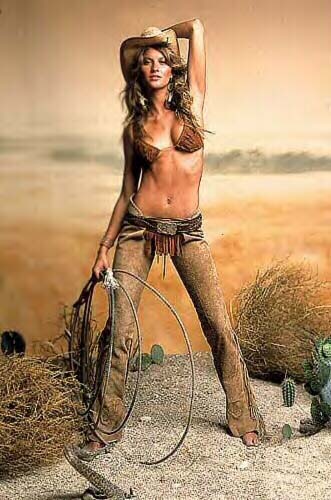 it just don’t add up!

with the sosa-hairston deal — that even SOUNDS like a joke — all but done, it’s time to settle into some analysis. cub fans, you may want to go get a cold one out of the fridge.

the upshot is that the cubs found themselves into a terrible corner — whether it was a player revolt or simply another pre-emptive PR hack job ordered from on high or both or neither — and must have felt they had no way out except to take the best possible deal.

unfortunately, when everyone knows you have to sell, you aren’t going to get much for bids. welcome into the fold, jerry hairston.

WHAT THE CUBS LOSE: an declining right fielder, sure — but one who declined to a .517 slugging percentage. i won’t sit here and tell you 2004 was a golden sammy year, nor will i suggest that sammy is only 36. but sammy had a bad year with some injury weirdness — and if he rebounds to even the midpoint of 2003 and 2004 for the orioles (where he’ll hit cleanup), he will put out 60 extra base hits, approach 100 rbi, and score 85 runs. it should not be overlooked that only sheffield, guerrero and burnitz hit more taters playing right in the majors even in a bad 2004 for sammy, in which he still offensively compared favorably to the likes of jacques jones, richard hidalgo, jermaine dye, shawn green and others. and they’ll pay most of his remaining salary — having waived the 2006 option, sammy’s a free agent after 2005.

so let’s put sammy in perspective — the cubs are losing a *big* bat. you can argue that, with ramirez and lee around, they can afford to lose some power and strikeouts.

WHAT THE CUBS GET: a second-tier leadoff hitter with a featherweight bat and two aging prospects. hairston might get on against both righties and lefties well enough, but speed is a problem — the kid stole 13 and was caught for 8.

Hendry must be smoking the pipe, man. And the wrong one at that, cause what is this I’m hearing? If I am the only one who reported Julio in this deal, than I am sorry, truly sorry for making an honest mistake, for I based it

upon a Sports Ticker story, but wtf are they doing throwing Sosa away for next to nothing?

Hairston, Jr? What? A 28 year old with career numbers of .261/.334/.371?? With 26 HR and 160 RBI in his entire six plus year playing career? He’s fast, they say. So fast he stole 13 bases last year? Getting caught eight times?!? And we’re paying a “significant portion” of SamMe’s contract? I hear it maybe as high as $10 million. Sixty percent? Who the h*ll are these minor league players, cause this deal looks terrible on the surface. Awful. Embarrassing. Stupid. Asinine. Short-Sighted. Idiotic. Reprehensible. Crowd-Pleasing. Chicken-sh*t. Lazy.

Worse, it looks based on ticket sales. They were afraid their cash cow was out of milk. And Baltimore needed to compete in its new market vs. D.C. I know, we needed to move him, but we also needed to get something in return. OK. As I’ve stated, if he played the whole year for us in ’05, we pay him and he walks, so something is better than nothing. Well, there ya go, at least we got something. Can we make that into a T-Shirt?

Hey, At Least We Got Something!

and that’s better than we did with Maddux the first time!)

That, and I’m guessing Sosa decided he absolutely needed to leave town (wise) and cried and stomped on the clubhouse floor until stability reigned and Hendry gave him a one way ticket to 3rd place in the division. But Sosa for Hairston, Jr. just might go down on that list of Top Ten worst trades in the history of baseball.