this is answering the question, “why is james dale guckert appearing on every tv, radio, internet interview show despite being clearly americas first real man whore since the guy who tattooed that company’s name on his fore head.”

and now jeff gannon has a blog.

if i was him id be scurred.

it must suck, so to speak, to have dirt on the current administration so good that they would go out that far on a limb to sneak a gay male hooker into the white house during wartime

and now have it explode all over their faces, prematurely.

but what could that dirt be? it couldnt be worse than going to war over wmds that are never found, because there was never any wmdgate

seems like the only thing a president can get impeached about nowadays is sex.

im sorry, about lying about sex. 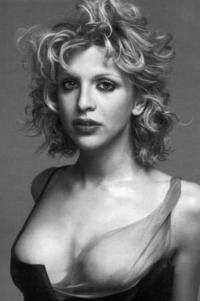 does guckert have information about a president lying about sex?

how on earth could a gay male prostitute have any information about anything like that?

either way, guckert is trying to stay as in the public eye as he possibly can.

writing such humorous lines like “So feared by the Left it had to take me down.” as if the Left made Talon News delete all of his articles.

makes you wonder if every flower blooms its brightest and craziest right before theyre about to die.

my question is what is it about the conservative cause that would inspire their base to write things, albeit it anonymously, like this, as seen in the comments of matt welch‘s fine warblog:

This is a total and complete non-story and I can’t believe anyone is still writing about it. (Oddly, what has given it legs is probably the gay angle which is once removed from what’s already a non-story).

Who cares what a few questions are in a press conference, especially as long as they are all on record and we can judge them. (I often don’t like how the press asks questions, but there’s not much you can do about that.) In truth, the President isn’t required to take any questions from the press, and is also allowed to only talk to people he likes. If he did this, he could be (properly) attacked and judged for it, but that’s about it. But, in fact, he and his spokespeople are regularly questioned about everything (and, just as regularly, dodge questions they don’t like) so the Gannon story adds nothing to anything.

all its gonna do is make some jackhole like me write:

fine, leave the gay part out.

a male hooker with a fake name working for a fake news agency pretending to be a reporter was caught softballing questions to the president and the press secretary.

when they were caught the fake news agency took down their entire site.

the owner of the fake news agency, and the employer of the male prostitute fake reporter? owner of gopusa.com.

in light of revelations that the gop-led administration has paid off at least six reporters recently for pro-gop stories, how on god’s green earth is this flaming mole being snuck in by the white house *not* a story?

and indeed, how is it “totally and complete” a non-story

* more Republican trickery and manipulation in the press is not a story?

* a security breach at the hands of the secret service isnt a story?

* a hooker working in the white house is not a story?

* a hooker working for a right-wing fake news agency isnt a story?

* the white house giving special preferrential treatment to a hooker isnt a story?

* a fledgling right-wing news agency that had been around for two days is given access that only a select few isnt a story?

* an alleged news agency whose ace reporter is discovered to be writing under a fake name perhaps to cover up the fact that hes a male escort deletes all of his reports and subsequently their entire site out of shame is not a story?

you are either a liar or a fool, sir. no wonder you don’t leave a real email address, mr. guckert.

jay rosen on guckert + jeffgannon.com + one gay date at a time