saying Babylon the great is fallen, is fallen, and is becoming the habitation of devils, and the hold of every foul spirit and a cage of every unclean and hateful bird.”–REVELATIONS 18:2

Richard Nixon is gone now and I am poorer for it. He was the real thing–a political monster straight out of Grendel and a very dangerous enemy. He could shake your hand and stab you in the back at the same time. He lied to his friends and betrayed the trust of his family. Not even Gerald Ford, the unhappy ex-president who pardoned Nixon and kept him out of prison, was immune to the evil fallout. Ford, who believes strongly in Heaven and Hell, has told more than one of his celebrity golf partners that I know I will go to hell, because I pardoned Richard Nixon.”

I have had my own bloody relationship with Nixon for many years, but I am not worried about it landing me in hell with him. I have already been there with that bastard, and I am a better person for it. Nixon had the unique ability to make his enemies seem honorable, and we developed a keen sense of fraternity. Some of my best friends have hated Nixon all their lives. My mother hates Nixon, my son hates Nixon, I hate Nixon, and this hatred has brought us together.

Nixon laughed when I told him this. “Don’t worry,” he said. “I, too, am a family man, and we feel the same way about you.”

today was supposed to be kurt cobain’s birthday, not hunter s. thompson’s deathday.

if youve never read fear and loathing in las vegas i guess this would be a good time to pick it up, not because of the outrageous drug abuse, which i seriously doubt

but because its simply one of the funniest books you’ll ever read.

i dont know if my buddy w. patrick whalen is out there but if he is and was interested in writing a proper hunter s. thompson obituary for the busblog readers, and therefore civilization, he should email it to me at busblog at gmail dot com

punk rockers who at some point said thats it thats enough

this is a hell story that didnt make the cut into how to blog, my editors found it too dark.

one of the strangest surprises of being in hell is the fact that you can have sex. 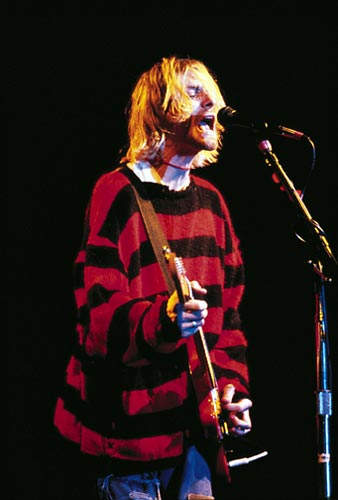