“America is and was and has always been full of mealy-mouth writers and soul-sucks who apologize and equivocate to Power & Ideology. Hunter Thompson will stand as the Writer of his time who saw the Horror and did not Deny and did not Flinch. Who saw that America was Dying, but that it was still hella Funny. Who was Bold and Strong Enough to be Heard.”

“i have cramps so bad i want to stand in fire with a jug of gasoline.”

– Raymi, who also has the cutest new background

“There is still, however a legal extermination of human beings who have been conceived but not yet born. And this time we are talking about an extermination which has been allowed by nothing less than democratically elected parliaments where one normally hears appeals for the civil progress of society and all humanity”

– The Pope, from his new book “Memory and Identity” where he calls gay marriage part of the “ideology of evil”

“The sports world is as bad as it is because this is the only business that allows you guys in our office to begin with. You can’t just go to Bank of America, walk in the office, start interviewing employees. Just the sports world. Well, what for? Well, we don’t want to get into the money aspect of it; we’ll leave that to the side.

“But now, don’t turn it into a spectacle now just because you have the freedom to come into our office and snoop and make up stories if you choose to, because, you know, a lot of it’s not true. I mean, baseball players, every baseball player I know of, and I’ve been around this game since I was a child, all care about this game, all love this game, all have had their own personal problems or non-personal problems. But for the most part, no one goes out there and wants to embarrass the game of baseball, no one wants to go out there and embarrass themselves. I don’t want to go out there and embarrass myself in front of people. I don’t want people looking down on me. No one does.”

– Barry Bonds, during a heated press conference this morning

“My daughter’s CD player broke a few weeks ago and my wife suggested that we get her a cutesy replacement CD player with Hello Kitty on it or something. Last night at the store I saw an iPod bumping the tunes inside of one of the donut-shaped JBL OnStage speakers and got all excited. Screw Hello Kitty, I think I’m going to get her her own iPod. It’s cuter.

“Update: Wifey put the kibosh on the kiddie iPod (“she’s THREE YEARS OLD”). And she has a point. Hello, kitty!”

– Jeff McManus on being entranced at an Apple Store

“Many people have talked about the Guckert/Gannon story, so I won’t add anything to it except that Keith Olbermann has a funny column on it. His name (Olbermann’s) came up in a game of Celebrity several months ago, and the only person who knew it was somebody who used to follow sports. This is what you get for a bunch of people who are all, Oh yes, Thomas Merton, Baudrillard, blah blah blah but they don’t watch television so what good are they.”

– SK Smith, after describing herself and her lover as lazy lazy shitbags

– Dave Navarro, on being asked what’s his favorite Cure song

“You guys are going to be the same people next week as some tragedy happened, how we need to save our children and everything else and next week, you’re the same people sitting there coming, how we should be doing this and how we’re evil people, or, you know, you guys, it’s one thing after another. You know, pick one side or the other.

“Are y’all going to be good people or are you all going to be who you are and make the game or sports what it is? It’s become ‘Hard Copy’ all day long.

“Are you guys jealous? Upset? Disappointed? What?”

– Barry Bonds, after being asked if awards should be taken back if the player is found to have performed on steriods

– Raspil Iverson, eulogizing the suicide of Dr. Thompson, concluding with something about a pig fucker.

“I’ll warn you now, that this paragraph is going to contain a lot of crazy shit that went on last night, but oh well! It was Ashley’s 21st birthday, so we had to party hard. 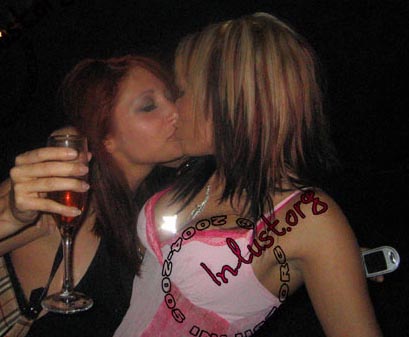 “The night started off eating at T.G.I.Friday’s as expected. It ended up being a whole bunch of us; Ashley, her mom and two cousins, Jeff, Nicole, Ashley’s boyfriend Nate, his two friends (whose names I can’t remember), Sara, Kristin, Tabatha, and Myself. We seriously had the funnest time downing electric lemonades and margaritas. Then around 10, the limo picked us up and we stopped off to get the partying favors. Three cases of beer, 5 bottles of wine, and we had a bottle of vodka, a bottle of rum, and a bottle of tequila. Oh man, I should have known from that sign that it was going to be a harsh night. We decided to go to Cocoa Beach, but to be honest, I don’t remember much of Cocoa Beach besides playing under the pier and rolling around in the sand with Tabatha. In the hour drive to Cocoa, I downed a shot of vodka and a couple of glasses of wine. I was so wasted, it was a joke. At one point, the limo pulled over and there were about 5 of us squatting on the side of the road. I was so worried about tinkling on myself, I nearly tumbled down a hill and everyone was making me laugh my ass off. By the time we got to Cocoanuts on the Beach, I was just gone. It was dead, so I guess we just decided to play on the beach. Not exactly sure what we did, but I do have pictures of me posing on a fake wave and board, laying in the sand with Tabatha, Kristin’s butt, etc. Just ridiculous. Way fun though!”

– Renee, who did warn us

– Barry Bonds, answering the question “Do you view the use of steroid as cheating?”

– Barry Bonds, being asked if he has lost sleep over this controversy