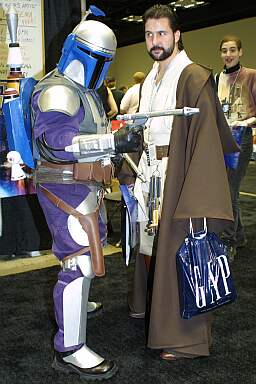 what french? the french. apparently a lot of bloggers here in LA are being interviewed for a french documentary about southern california bloggers.

of course i forgot that they were coming and so my house is super messy and i dont have anything cold to offer them. but here they are now doing whats called B-Roll which is them filming me type on the computer. this is what they will edit in for like the wide shots and stuff i imagine.

all i know is miss montreal had been over and she happened to have one of those wacky tobbacy cigarrettes with her and the whole place sorta smells funky like im some hippie.

even though i am.

anyhow i think we’re done here with my good pals from paris. i made sure that i was wearing my pajamas and once again i think that if blogger knew what was good for them they would market blogger brand pajamas.

whoops they want more b-roll, now with the baseball cap on.

i dont really wear the cap much inside, or the beanie, but you know thats how it is.

thank god my mom doesnt live in france, if she knew that i had such a messy place she would be bummed out that i let these dudes in here.

i wish i had studied french more in school.

i know i have a lot of readers who are in high school. first of all, whats up.

heres my advice for you: study in spanish and french classes, it will work out for you, trust me. i just met the sweetest girl on the bus who was mexican. she had what appeared to be a daughter but it couldnt have been her daughter. but she looked so young and she had such a short skirt on and her legs were so– all i wanted to say was is that your daughter or your sister but i didnt practice my spanish in school kids and so i couldnt and what if she had said all the right things like my husband died in the war and left me a widow and my cute little daughter here and orphan and i would have said thats cool just come over to my house theres plenty of room for all of us

even though there isnt, but i would have said that in spanish and it would have sounded cool

it’s now much later. the french are gone. they were so cool. they had just interviewed defamer. they spent about 90 minutes with me. they had me read from “the ten commandments of tony” they did this one thing where they made me sit with my eyes closed quietly for a full minute while they filmed. it was nuts. i dont know what happened but it was fun, even though i didnt say one thing good or funny.

they will be at marc browns tomorrow to interview him too. i bet he does way better.

they liked my pajamas.