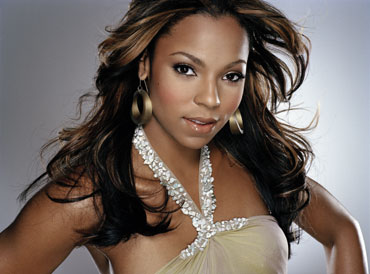 “why doesn’t the Instapundit ever actually write anything? Why does he only have one-sentence statements ending in a link to some one?”

critics might say that the good professor keeps it simple because when he actually writes he ends up with unfortunate posts like the one he attatched his name to last night regarding the Jeff Gannon affair.

“SOME PEOPLE ARE GETTING DESPERATE,” the world’s greatest blogger typed last night and it’s true. When big time bloggers who have made a healthy living criticizing reporters, newspapers, and media outlets suddenly look the other way when the White House gets caught with their pants down by letting a gay male prostitute pretend to be a journalist for a fake news agency that’s one thing, but when they try to attack those who question, now thats desperate.

“Actually, I have blogged about Gannon/Guckert quite a few times, as a simple search would illustrate. But I agree with Rik Hertzberg that it’s a nothinggate. Or, as Marc Cooper says, a ‘big yawn.’ I don’t think it’s in any way comparable to the use of forged documents in an attempt to swing a Presidential election — and I think that anyone who does think so is pretty much beyond rational discourse. “

could you imagine if i said something like “if anyone disagrees with me, they are pretty much beyond rational discourse”?

it’s also desperate when you find yourself choosing strange bedfellows like who the instapundit selected by chosing David Corn as a temporary ally to strengthen his weak defense.

Corn, author of “The Lies of George W. Bush: Mastering the Politics of Deception” has an agenda when he mildly defends Gannon. Corn wants the same sort of access as Gannon. And, really, who wouldn’t want a free pass to the White House to publicly ask questions to the mouthpeice(s) of the most powerful country in the world.

Oh wait, he means listen to David Corn only about Jeff Gannon. And he graciously picks and chooses quotes for us to listen to. Although he invites us to “read the whole thing,” as always it’s interesting what quotes mr. reynolds leaves out.

Here’s some of what Mr. Corn wrote for The Nation today in his opening paragraph about the scandal

Gannon/Guckert was a conservative reporter for a marginal news outfit who obtained a daily pass to the White House press office and who also apparently was seeking customers as a gay, military-oriented prostitute. Serious questions do remain as to why and how the Bush White House’s press operation granted access to Gannon/Guckert, a correspondent for the Talon News. Should a fellow with a fake identity–and a questionable background–be allowed into presidential press conferences? Talon News was connected to GOPUSA, an organization run by Texas-based Republican activist Bobby Eberle, and Gannon/Guckert routinely asked softball questions of Bush’s press secretaries during their daily White House briefings.

what insty does include on instapundit.com is Corn wondering aloud if the scandal is smaller than it seems (whatever that means – how big/small is it David?), he asks aloud if the fake reporter has been given a “bum rap” (do tell, how has our fake reporter for the fake agency been wronged? after all the agency itself even took down all of his stories – and their entire site – in shame), and he warns bloggers who want to attack gannon that they might not be invited to the next conventions.

as if going to a convention and sitting next to a delegate dressed like a peanut is anything like sitting feet away from the president of the united states and asking questions based on laughable falseties whose sole purpose is to allow the commander in cheif look better.

why does the professor want us to listen to david corn, again?

bloggers are invited to political conventions not just because it looks like the parties are reaching out but because it’s free publicity for their propagandafest.

correct me if i am wrong, but white house press conferences are not propagandafests. or has that changed with this administration too?

finally glenn shows his last bit of desperation by trying to say that bringing up the fact that Gannon/Guckert was exposed for being a gay male prostitute as being “gay-baiting”.

yes, glenn, it is funny when the white house breaks its own rules, and lets a gay male hooker into the white house for the sole purpose of allowing him access and the freedom to lob softballs to the press secretary and the president. 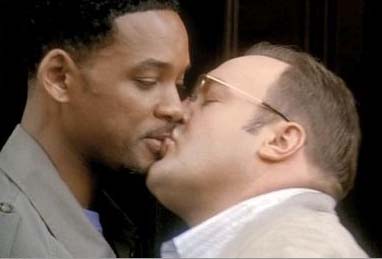 to kiss up to the president.

nobody that i have read has ever said that guckert should be kicked out of the press room because he liked men instead of women.

the people who i have read have said that guckert should be kicked out of the press room because he is not a member of the press and does not work for a press agency.

that fact is something that the biggest right wing blogger in the world would rather not talk about and instead keeps trying to bring up dan rather as a deflection.

either my hero needs to enter into serious, adult discussions about this matter, or to go back to linking to the right and keeping his sentences short and transparent, which i imagine he will go back to doing.

especially surrounding this scandal, because he is dead wrong about it, and just as hypocritical about as the white house, because Lord knows if this had happened with a Dem in office, the instapundit would be going crazy.

especially when it’s an administration who now has been discovered to have paid off six other journalists.

that my friends is a scandal, this is just the gay male hooker fake reporter cherry on top.

jeff gannon’s blog + $10,000 reward for gannon stories + “when the white house stages its own Daily Show”