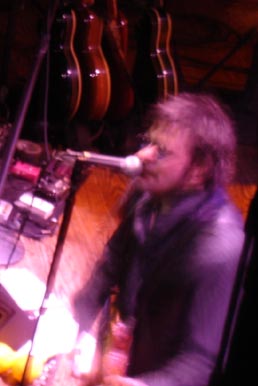 know that i was interested in going to the anaheim show last night until the last minute, so all they were able to get me was one ticket to the sold out gig.

the lovely swedish virgin who lives near anaheim drove up to pick me up so we could drive back down there and go to the show, then she would drive me back up here and then drive back home in the wee hours. thats a great girl.

so i called the house of blues box office before she got to my hollywood hills batcave and they confirmed that i was getting one ticket only. they also told me that yes, there were no more tickets for sale.

so we drove to the surreal and embarrassing downtown disney and she told me that she had a disney year round pass a few years ago and i was all youre kidding me and she said no i love disneyland. shutup.

we parked and i went to the atm and took out $60 for the ticket i was going to have to try to buy off someone and then i went to the box office to get my ticket and the sweet girl hung back and waited for me as i tried to beg one last time from the dudes in the box office. they talked about it and decided that no, there were no more tickets.

i got my one ticket, turned around to see if anyone was selling any tickets and there was my hot little girlfriend jumping up and down telling me that some dude saw her there for the two full minutes that i was away from her and handed her a free ticket.

i guess the magic kingdom isnt so bad after all, i told her. she said, see, and we strolled in.

awesome show. full of life and beautiful music. i think now after 12 years im finally not suprised that his mellow songs are actually mellow.

and as soon as i became comfortable with that he doubletimed “i will dare” after the second verse and turned it into pure punk rock and there was that magic again. 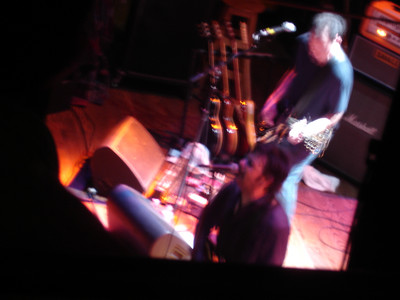 someone later loudly requested “bastards of young” to which paul said, “that song belongs to the replacements, i will never ever ever ever play that without tommy.”

afterwards we went to the pantry, ate steak and eggs, and then steamed up her windows for an hour out front of my house cuz we both know if she steps foot inside she’ll never leave.