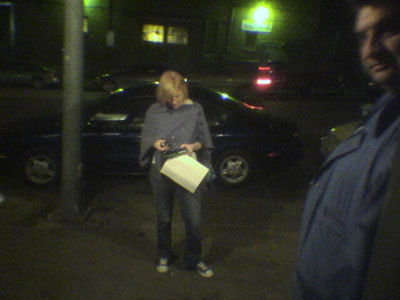 and yes i got to meet her.

this picture was taken by ben from the austinist who captured the instant that wonkette was not allowed into the Side Bar because she didnt have her drivers liscense. to add to the irony it was the Gawker party where she was the guest of honor – one would think.

im not sure who she called but she eventually got inside only to get surrounded by adoring men including yours truly who towered over her because she is a petit lil number.

wonkette was very generous to me, answering every question that i had for her which i might get into more detail later but sk and i are off to an early dinner.

anyways the gawker party was great for many reasons

so yeah wonkette told me that she is working on a novel, and that washingtonenne was a crazy funlovin gal but despite the photographs that i post on this blog she is not the bosom buddy that she appears to be and the two arent really chums.

tomorrow i get to meet raspil iverson! and maybe later in the week bunny mcintosh.

who knew that the best way to meet so many people who i admire was to come to the biggest red state in america. 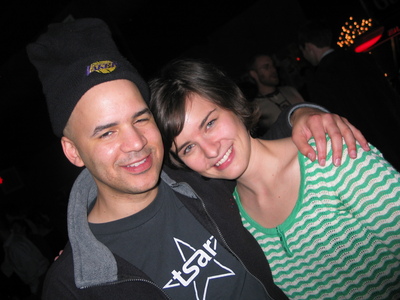 sad to say i was drunk and she was perfectly sober.

sad because she had to endure me saying “omg yore so purrrrty.”