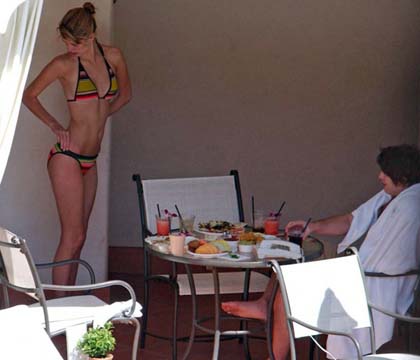 i seriously dont believe it.

the bachelor doesnt suck this year.

after years of wondering why men dont want to watch pretty boys get their way with hoards of hot women on a tv gameshow, this season they gave america charlie o’connell, b-list nobody jerry o’connell’s brother.

who is charlie o’connell? fuck if i know. but hes not jerry o’connell’s better looking or smarter brother, thats for damn sure.

and thats why this year it doesnt suck.

sure hes tall and vaguely resembles his brother, but hes got a big deep goofy voice and hes easilly distracted by cheerleaders, fake tits, and blondes, and its obvious.

so obvious that right in the middle of a date, one of the women said seacrest out and split.

and these millionaire dudes arent being good to these bachlorettes either. so why not charlie o’donnell who is better than average looking, bastard, but isnt getting nba cheerleader strange, or getting faught over by models.

yes, these women are falling in love and then fighting over him.

theyre cheating, theyre snapping at each other, theyre dissing each other while holding roses.

for a dude who lives in his brothers house.

cuz all those bitches crazy.

as if i have some pipeline into the future or into God or into television and record programming.

well i do have a pipeline into the future but i try not to reveal it because i value my safety and i wouldnt want to be kidnapped by hoodlums who would sit me infront of the big screens at the sports book at caesars and tell them which ponies to bet on across the country.

look at the size of that bun in the oven!

and while we’re at it, big deal.

why is that so important to you?

each day i give you at least one or two real issues to chew on: my love life, my career plans, my concerns about the blogosphere, the cubs, religion, my lack of a sex life, the downfall of america at the hands of the right, kids kicking ass on the interweb, and tsar’s incredibly slow rise up the pop charts.

women get knocked up all the time, why is pimply faced, slack jawed, no talent britney spears womb of such concern, particularily in light of who has been fertilzing that empty space?

i think britney is pregnant for several reasons at the top of the list being that shes eating like a damn pig. i eat like a damn pig too so i actually like that shes gorging herself because people should live their lives and not worry about dumb things like fitting into size 2 jeans, but most of us arent popstars whose uniforms include bellyshirts and etc.

i also think britney is pregnant because her bazooms are balossoming like nobodies bazisiness. i remember not long ago when she was doing a pepsi commercial and they were doing a behind the scenes about it and they said that her boobs were looking really big and she was all, pushup bra im sure.

compare and contrast these pictures of her in a bikini with exhibit d.

all of this would also explain her somewhat frantic rush to get married last year, her willingness to rush together a greatest hits package and lack of any plans to tour any time soon.

personally im glad shes pregnant. if shes lucky maybe she will look as hot as zulieka. 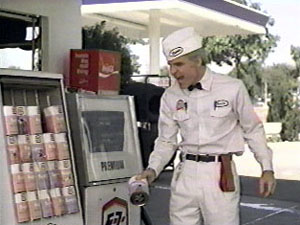 let me count the ways.

first they’re cowards. anyone can snipe from the hills from a blind and spew out falsities and lies and bullshit and malarkey. anyone. remember when that kid did it from the trunk of an old car in washington dc? he was pathetic. a pathetic mess. i dont want to believe that there is something about my blog that attracts pathetic cowards to my shit, so thats one reason i hate anonymous negative commentors.

second they’re usually wrong. when youre right you sign your name to things like john hancock. you sign it like you mean it. youre saying fuck yeah tony im into this just like my name is _____ ______. when people dont put their name next to their bullshit they’re almost admitting that they’re wrong and full of shit. so why bother us with your trifles? the busblog deserves better. the web deserves better. america deserves better.

thirdly, they’re probably hiding something. you think im kidding about working for the xbi? every person who clicks this page leaves behind a traceable identifying piece of information that outs them. very very very few of you block where youre coming from and those who leave comments have very little means to cloak their (and their computer’s) identity. these fools know that, but they still play the kiddy cat and mouse game and make me click one button to find out who they are. and when i find out i say, oh no wonder that person isnt being transparent, that person is never transparent. perhaps when these people are being transparent i will want their comments, but not until then. so f off. lying liars are for right wing talk radio, not the busblog.

fourthly, they usually cant write for shit. youd think having a mask and hood would pump them up with a fearlessness where they could write from the heart and blow us away with their newfound quasicourage, but no. sadly they never could write in the first place and therefore have no practice in busting decently even without the burden of their regrettable family name. so they now bore us with whines and belches without reading what they’re so outraged about. who are they to judge when nothing they have done is admirable?

ultimately they have brought loads of negative attention onto themselves and proven nothing about their point other than they are too chicken shit to figuratively stand behind it, therefore they admit to not fully believing in what they wrote and yet still they ask us to consider it.

either roll back up into the cowardly ball of smegma that you obviously find yourself in most of your life, or suck it up and be a man once in your life and put your worthless name and worthless email address and or blog address on your bullshit the next time you dare question hewhoridesthebus.