people ask me if i miss bunny, i do. she was a sweet girl. but now shes gone and shes dead to me. until i see sweet pictures of her calling me on the phone so as to reminice about her spring break in hollywood.

i like bunny because shes not full of shit. you have no idea how many people who are entirely full of shit that i have to deal with here in la and online.

for example, over at jeff jarvis’s buzzmachine, a place that used to be a haven of intelligent discourse, theres a few knuckleheads who proudly claim that they dont listen to howard stern – judging him.

sorry kids, you cant have it both ways. go back to burning books.

who has the gall to talk about shit, let alone judge shit that they claim not to listen to?

the other day i was hanging with my girl moxie who is a devout republican, so obviously we have our differences, but whats nice about her is she doesnt try to puke those beliefs all over those who dont share her ideals.

she also sticks to talking about things that she actually knows about. i realize thats a radical idea for some, but… whatev.

me and miss montreal watched our gov’nur in Pumping Iron last night. id never seen it. what a great documentary. arnold hasnt changed much. he was both charming and obnoxious, cocky and confident, big and bigger, dumb and dumber.

for lunch the fellas went to versailles and had it waiting for me when i landed. very few pleasant suprises better than that. food and sex is the way to a man’s heart, america. and if you cant give the one, definately have the other waiting. especially if its roast pork and rice and plantaines.

id tell you how me and miss montreal made beautiful lust last night while listening to dj noodle’s mix of jay-z’s the black album and nirvana’s unplugged in new york but larry flynt told me not to sixty nine and tell.

of a dead man.
Nothing so wrong
when one considered
how it all began.

when I came in
and now that it’s ending,
I realize it won’t
be long.

But couldn’t it all have been
a little nicer,
as my mother’d say. Did it
have to kill everything in sight,

did right always have to be so wrong?
I know this body is impatient.
I know I constitute only a meager voice and mind.
Yet I loved, I love.

I want no sentimentality.
I want no more than home. 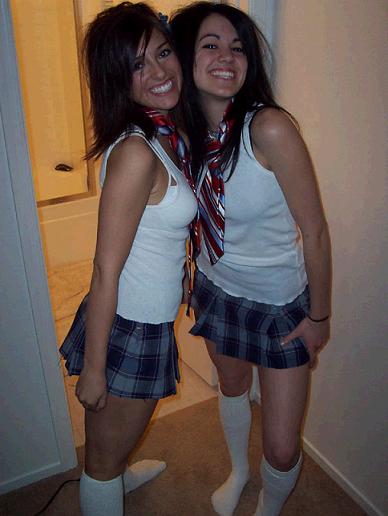 about the oj trial is the motive.

why would oj simpson want to kill nicole, and thus kill any future that he might have?

back in those days black men werent getting off for murdering their xwives, even if they were innocent. so one would think that if oj was gonna kill her he would be just as well off taking a gun and killing her and then killing himself.

why would he use a knife, hide the bloody weapon, and his bloody clothes? black men dont get away with murder, why even try. especially in light of the previous domestic abuse situation?

but again, why would oj want to kill nicole? was it that passionate of a relationship? nope. they both called it rocky. he had been in a failed relationship once before. why didnt he kill that woman, why nicole? because she was a hot blonde? oj could walk down the street the night before the murders and would be able to pull any hot blonde he wanted.

the problem with the accusation of Crime of Passion is you have to somehow show that OJ was sooooo broken up with his divorce over nicole that he was willing to throw his whole life away and murder her, and it would help if you could somehow prove that the way that she was murdered was more in line with the slaying at the hands of an emotionally distraight spurned lover than from a professional killer.

the way that ron and nicole were killed, unfortunately for those who want to blame simpson, included cuts made by someone who not only knew where to cut, but were so deep and strong that they seemed not only professional but expert.

to me a crime of passion involves screaming and tears and slashes to non-fatal parts of the body like the nipples or vagina or eyes or mouth. none of that was ever presented in the grisley testimony. there were many stab wounds but most, on both victims, were intentional and logical. and these were done without any neighbors seeing or hearing shit.

keep in mind that early in the trial two of her neighbors admitted to calling the cops on OJ when he first visited Nicole. they noticed a large black man waiting around her front door and looking up into the window. nicole lived on a busy street in a townhouse type building where many families and couples lived right up next to each other. if neighbors saw OJ just hanging out there years ago, they certainly would have noticed him killing two people. and yet there were no witnesses alleging that either.

after the 911 call all of the parties were interviewed by the police. nicole was asked if OJ had hit her, she said no. they asked if he had ever hit her. she said once. that was the one famous time we all know about on new years eve 89 because of the pictures, etc. but two years later they were divorced and she was never attacked by oj again.

not even the day of the 911 call when he found out that his kids were surrounded by drug dealers and hookers. he freaked out, yes. any good parent would. but there was no violence. there was only yelling, as there should be, and when the police took his statement they understood the commotion and let him go.

now, there are the drugs. 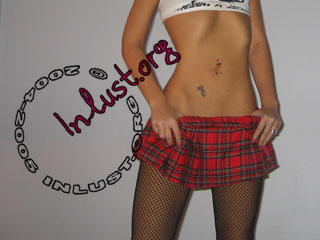 after oj and nicole divorced she became closer to her friend faye resnick than ever before. faye was someone so involved in drugs that she had been to rehab several times before, including the day before the murder. some say Resnick went to rehab that last time to hide out after working out a deal with officials to help them nab 386 kilos of cocaine in santa ana the day before the slayings.

but thats no reason to assume anything especially when so many people from Brentwood’s Mezzaluna were also dying for odd reasons. Nearly a year before Ron Goldman was stabbed to death his friend, Brett Cantor, was also killed in an oddly similar manner. meanwhile, fellow mezzaluna waiter Michael Nigg was shot in the head and killed, while yet another mezzaluna waiter barely survived a car bombing. yes a car bombing in LA.

all of this is spiraling around Nicole. why? was it her dirty best friend? was it her ties to Ron and Mezzaluna’s dead bodies? or was it her sister Denise Brown and her alleged relationship with exMafia turned FBI stoolie Tony “The Animal” Fiato who, although they may or may not have dated, were seen together on several occasions.

therefore, is it more likely that Nicole was professionally killed by someone in these violent circles of mafia figures, liars, drug dealers, thieves, and stool pigeons,

or is it more likely that a man who was banging a playmate suddenly realized that his heart was with his second ex-wife and because he could “never” have her back, he killed her?

its my opinion that OJ knew of these dark clouds surrounding his exwife which is why he always acts guilty and he knew of their threats and he knew he could have helped her pay the debts but made a stand and did not pay off that last debt, if indeed it was a murder over a debt.

some say it was Ron that the drug dealers were after, who followed him to Nicole’s house and it was Nicole who was in the wrong place at the wrong time.

problem is, because the LAPD only suspected OJ and because they only followed that line of prosecution, we wont ever really know about ALL of the shadowy characters surrounding this tragic situation.

some may wonder where is all the negative energy surrounding Robert Blake’s aquittal. maybe its out retrieving its gun.