it was a more simpler time. when the first president bush sent us to iraq it was fucked up but no americans died. except those who shot each other on accident or smashed their helicopters against the ground.

didnt matter what radio station you listened to there was always something good on. they even tried to ruin it with pearl jam and stone temple fuckups but it just ended up sounding pretty decent no matter what they threw at us.

gasoline was ninety nine cents a gallon, girls would blow you on the first date without thinkng twice about it, and if you had a computer with a 40 MB hard drive you were so far ahead of the game it was retarded. i remember asking my roommate what the hell are we going to do with 40 megs – fly to the moon?

matt welch and i were 16 years old and we were allowed into ucsb early because we destroyed all over their standardized tests. me, i also had an incredible letter of recommendation from the mayor of my town and welch had pictures of the former chancellor with his nanny. we were set.

part of our scholarship was an agreement that we would give back to the community. of course we thought that it meant that we would either do some male modeling or supervise the amount of sunscreen that the coeds were using on the beach. when we were presented with the option of coaching 9 and 10 year old kids baseball, welch and i jumped at the chance.

with visions of undefeated seasons and decades of dynasties we scoffed at the santa barbara little league officials who told us that we were getting the worst team and considered it a minor challenge.

when we lost our first game 79-2 we understood what we were up against.

i had one kid hunting for strawberries in right field, i had one kid in the early stages of gang warfare at third base, and i had one adorable little chubby cheeked angel pissing his pants in the batters box.

1990. it was a season i will never forget. when my college girlfriend jeanine posted this picture to her buzznet page yesterday and i did the math and realized as welchie did that all these kids were either college grads by now or dead or in iraq it really brought home the olde saying that time really does fly.

it does my friends so do something memorable every spring.

not that long ago, thats the best part. ryan was funny, true, he had decent design, he had a few good things going on but i think even he would admit that it came across as what it was – something a dude in college did on the side when he wasnt beating off to american pie screen caps.

but recently the mask has evolved into a top shelf daily stop for those in the know.

even at his most crude, ryan perry has always had above average design and witty writing, but over the last six months the mask has hit a higher gear by trimming down on writing and bumping up the posts by picking the best links of each day.

this is a tricky segment of the blogosphere to compete in because there are several excellent blogs doing similar things with their own twists and speciaties: goldenfidle, gawker, low culture, pink is the new blog, stereogum, defamer, the superficial, and of course the granddaddy of them all fark

gorilla mask is my rss reader of all of the above. he plucks only the best fruits from the tallest and greenest trees and presents them to me along with spankable nude celebrity cameos nearly every day.

theres so much content on the main gorilla mask page that i have yet to find myself in need to visit his messageboards but one day i will be that bored. im sure. yes, one day.

which brings us to today. today the gmask made the announcement that we were all waiting for, the new Gorilla Mask Death Pool has opened its doors for the ryan perry year of 2005. like all good kings, rp doesnt acknowledge a year has begun until his birthday is celebrated, which means that the 2005 Death Pool wont start until next month, plenty of time to research which men and women you think will meet their maker over the next twelve months.

last year everyone picked pope john paul jr., myself included, and perhaps choosing scott weiland to meet his early demise was simply wishful thinking on my part, but i think i have an abe vigoda on my list right next to regis, andy rooney, and papa ratzi. ive found that it never hurts to have a pope on your death pool list, but what do i know, i never do well at these things.

anyway, much busblog love to the gorilla mask. if i ever had the inclination to change the design of this blog or to start a Lick for boys i would seriously consider ryan as the dude who designed it. either him or canadian rocker matthew good. or raymi.

excuse me now while i examine claudia schiffer in her natural enviornment of looking totally hot after all these years and not giving a fuck. 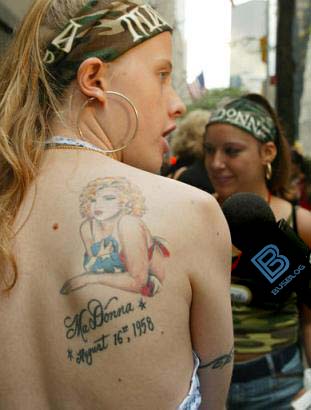 how could i have drank that much. why is it that i want to write about it.

of course i saw her at the centipede machine. every girl i know loves centipede i told her. she said something but i couldnt hear her since her friend kdtp shouting something ni my ear.

sure you can lets play

SHE DOESNT WANT TO PLAY WITH YOU PAL

lately ive been called some peretty funny things. sir is my favorite because i get that on the phone and i alwyas say this inst england this nbsnt france this is america call me what everyone else calls me, dumbfuck.

and then we can go home

do not gdrink so that youre drunk i kept hearing which is good because as ive gottnm old ehr ive l;evned that sometimes its gooed to think of anything else excpet for the girl on tope of you. anything. its the catchiest of all the catch twenty twos aka sicksteen plys six