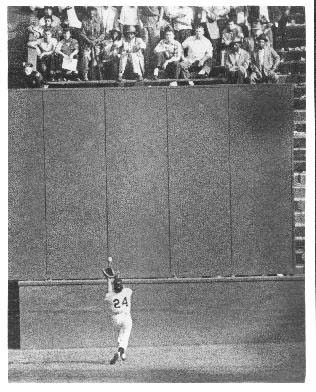 today i had the best day of the year

im still in a hazy fog of happiness. i was invited to return back to the greatest classroom ever and sit at the head of the table and teach. later i was asked by someone what i taught, what the book was about, what were the themes.

and i said the book was about sex drugs and rock n roll.

a few of my closest friends were there, my favorite teacher was there, the class was packed, nearly everyone had read the book and were giving their two cents. it was super nice.

they told me the terrible news that the college paper, the daily nexus wasnt good anymore, and right away i told them that that only means that they should write for it.

i told them that since the college of creative studies doesnt have any grades or tests or finals, i started writing at the nexus to not only practice writing, but to get paid to practice, and that nothing was better than having 10,000+ people read your shit every day.

afterwards i gave my teacher a copy of Blook, which i had saved for her for over a year and a half now. then we walked to isla vista and had pizza at woodstocks. and it was delicious.

not only did she tell me that i did a good job, and that aj and i worked together very well in the class, but that i should get a masters in creative writing and persue teaching college. a million people have told me that, but when she said it i said ok. she never lead me into a bad thing. although at the top of her list of recommendations, above princeton, stanford, and cal arts, she kept talking about uc irvine.

i was thinking, i dont wanna be an anteater.

then she went home and our little happy group of close friends began drinking, eating, and then someone slipped something in our drinks which made us very fond of one another, and we sat infront of the biggest fireplace that ive ever seen and listened to jeanine serenade us on guitar, a piano was played, aj spun the most wonderful curtis mayfield slowjams and this morning i woke up

in santa barbara, and told my work that i was sick and they said cool cool

and i hope i get better quick because the pixies will hit the stage in about four hours and twenty minutes.

nothing in this blog is true.

which of course means some of this blog is true.

its tricky because lets say about once a week you get to make out with a cute little australian girl who bites your neck so hard you feel like a pussy saying ow. and lets say she doesnt understand why you dont want to be committed right now this second, and to be honest you dont understand it yourself either. so lets say that you want to write a little something about her, instead of saying hey i was hang gliding with this hot austrailian girl yesterday and the funniest thing happened, you might say, i was playing footsies with the swedish virgin in her best friends hot tub yesterday during lunch and

you have to mix it up.

the tricky part is when some really funny story gets into your head that is truly fiction and the swedish girl i mean austrailian girl and you are pretty much exclusive, but you want to talk about an entirely different girl, the first thing you have to do is email her and say baby nothing in my shit is true so dont freak out.

its tricky cuz what if you forget to email her and she blows a gasket all over you as youre trying to fly over the 405 in chopper one because some seriously nasty shit is about to go down on the dark side of town.

but whats the trickiest is when you really want to write something but you literally got stabbed in the back and you should not be sitting at the computer you should be resting. because nobody really believes that you work for the xbi and therefore certainly doesnt believe that its possible to get stabbed in the back by some dirty teenage gangmember who doesnt know who the fuck hes stabbing and doesnt know that it isnt a little game that we play in the streets of LA its a job and its mixed with a healthy dose of vengence on our part and a healthier dose of amateurism and ignorance on their part, that if you even squeeze your fist into a ball at an xbi agent you will suffer the agonies of the ancients. and not the refined ones.

well today is friday and i cant even do a today in rock in la cuz i did it yesterday so instead i will copy and paste something that my favorite baseball analyist aaron gleeman wrote about me today.

when i was younger i was as sick about baseball as aaron is now, except he has taken it to a level that i had only dreampt about, he understands all the newjack stats and because of the interweb he can keep up with minor leaguers and game notes around the league and he absorbs that shit and brings it right back into his blog.

today aaron doles out some links around the blogosphere and says this about me which is great because i really shouldnt be typing today due to my… carpal.

One of the things that discourages me most about the world is when extremely passionate and talented people have major roadblocks thrown in front of their dreams because someone else fails to recognize their unique gifts. This relates to baseball in some ways (remember that whole “Free Johan Santana!” thing?), but in this case I’m talking about one of my favorite non-sports bloggers being denied admission to a writing program at the University of California, Irvine.

It is really sad in general when someone isn’t able to do something they want and deserve to do. But in a case like this, the worst thing is that an amazingly talented person may let some self-doubt creep into their mind simply because someone in a position of power wasn’t able to spot that talent. I am of the opinion that every person who is to become successful at what they dream of doing has to have at least one other person or group of people as a chip on their shoulder once they get there. 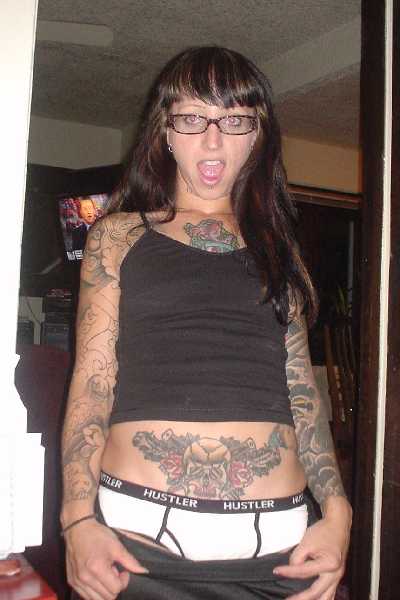 In other words, it hurts like hell now, but think about how great it’ll be in 20 years when a wildly successful and famous Tony Pierce can tell his millions of adoring fans about the time he got rejected from U-C Irvine. Everyone will laugh, and he’ll smile. And then when he goes home to his penthouse apartment filled with leggy blondes watching the Lakers on a big-screen plasma TV, he’ll take out that rejection letter from a box somewhere and have a nice, long, motivating look at it.

thanks pallie. win twins. but im sure if i ever make it, that rejection letter will be framed in my den to remind me that i wasnt always all that.

speaking of rejects, today is the 22nd anniversary of the time that cubs manager lee elia told all the fans of chicago that since the cubs played all daygames that anyone who regularily attended cubs games and then “ripped” the manager every time he did something were obviously unemployed losers.

which means that tomorrow will be the 22nd anniversary of the time that me and my buddies todd keef and bob went to wrigley field got bleacher tickets for $3 just so we could tell lee elia what his mommas cooch smelled like, and so on.

so here in all its glory is lee elia:

“Fuck those fuckin’ fans who come out here and say they’re Cub fans that are supposed to be behind you rippin’ every fuckin’ thing you do. I’ll tell you one fuckin’ thing, I hope we get fuckin’ hotter than shit, just to stuff it up them 3,000 fuckin’ people that show up every fuckin’ day, because if they’re the real Chicago fuckin’ fans, they can kiss my fuckin’ ass right downtown and PRINT IT.

“They’re really, really behind you around here… my fuckin’ ass. What the fuck am I supposed to do, go out there and let my fuckin’ players get destroyed every day and be quiet about it? For the fuckin’ nickel-dime people who turn up? The motherfuckers don’t even work. That’s why they’re out at the fuckin’ game. They oughta go out and get a fuckin’ job and find out what it’s like to go out and earn a fuckin’ living. Eighty-five percent of the fuckin’ world is working. The other fifteen percent come out here. A fuckin’ playground for the cocksuckers. Rip them motherfuckers. Rip them fuckin’ cocksuckers like the fuckin’ players. we got guys bustin’ their fuckin’ ass, and them fuckin’ people boo. And that’s the Cubs? My players get around here. I haven’t seen it this fuckin’ year. Everybody associated with this organization have been winners their whole fuckin’ life. Everybody. And the credit is not given in that respect.

“Alright, they don’t show because we’re 5 and 14… and unfortunately, that’s the criteria of them dumb 15 motherfuckin’ percent that come out to day baseball. The other 85 percent are earning a living. I tell you, it’ll take more than a 5 and 12 or 5 and 14 to destroy the makeup of this club. I guarantee you that. There’s some fuckin’ pros out there that wanna win. But you’re stuck in a fuckin’ stigma of the fuckin’ Dodgers and the Phillies and the Cardinals and all that cheap shit. It’s unbelievable. It really is. It’s a disheartening fuckin’ situation that we’re in right now. Anybody who was associated with the Cub organization four or five years ago that came back and sees the multitude of progress that’s been made will understand that if they’re baseball people, that 5 and 14 doesn’t negate all that work. We got 143 fuckin’ games left.

the audio of mr elia + aaron gleeman + the hardball times