to detract my alleged bad acts on my little sister.

the relationship wasnt very far removed from the simpsons, which yes, america, was good on sunday

flanders renting a room in his house to two cam girls. classic.

anyway, perhaps newsweek was an only child because if i had been accused for reporting that us interrogators and miltary are desecrating the koran in a way to intimidate prisoners at Guantanamo, id be saying, but she did it first.

and i’d point with my finger. several times.

if i was lucky enough to have access to the internet i would post pictures of miss universe contestants next to my examples.

Some of the men released today were close-shaven, but most kept their beards. The men who wore their beards in the long fashion of the Taliban complained most about poor treatment at the hands of Americans and insults against Islam.

Ehsannullah, 29, said American soldiers who initially questioned him in Kandahar before shipping him to Guantanamo hit him and taunted him by dumping the Koran in a toilet.

“It was a very bad situation for us,” said Ehsannullah, who comes from the home region of the Taliban leader, Mohammad Omar. “We cried so much and shouted, ‘Please do not do that to the Holy Koran.'”

Merza Khan, who had been captured in northern Afghanistan while fighting for the Taliban, said Americans in Kandahar tied him up and alternately forced him to lie face down on the ground, then squat with his hands on his head for hours. He also said he saw American soldiers throw the Koran on the ground and sit on it while in Kandahar.

The brothers said the Americans shaved the inmates’ beards and screamed and swore during the frequent interrogations.

“We were not subjected to any physical torture as such but even shaving our beards and taking off our clothes is a form of cruelty,” said Abdul Rahim.

Abdul Rahim, with his son, says he kept his sanity through poetry

He said a number of Arab prisoners had still not spoken to their investigators after three years to protest at the desecration of the Koran by guards. 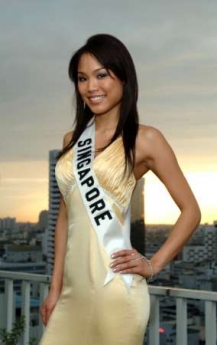 A high-level military investigation into accusations of detainee abuse at Guantánamo Bay, Cuba, has concluded that several prisoners were mistreated or humiliated, perhaps illegally, as a result of efforts to devise innovative methods to gain information, senior military and Pentagon officials say.

The report on the investigation, which is still a few weeks from being completed and released, will deal with accounts by agents for the Federal Bureau of Investigation who complained after witnessing detainees subjected to several forms of harsh treatment.

The F.B.I. agents wrote in memorandums that were never meant to be disclosed publicly that they had seen female interrogators forcibly squeeze male prisoners’ genitals, and that they had witnessed other detainees stripped and shackled low to the floor for many hours.

The new report by General Schmidt also comes as an increasing number of Guantánamo prisoners who have been released are providing accounts of their treatment for the first time to journalists and supportive American lawyers.

One recently released detainee, interviewed by telephone from Kuwait, said he had witnessed or learned from fellow inmates about many of the abusive practices that have been described in previous reports by nongovernmental groups like the International Committee of the Red Cross.

But that detainee, Nasser Nijer Naser al-Mutairi, also said in a series of interviews with The New York Times that detainees sometimes prevailed over the authorities after protesting conditions with campwide hunger strikes.

Mr. al-Mutairi said there were three major hunger strikes in his more than three years of imprisonment at Guantánamo. He said that after one of them, a protest of guards’ handling of copies of the Koran, which had been tossed into a pile and stepped on, a senior officer delivered an apology over the camp’s loudspeaker system, pledging that such abuses would stop. Interpreters, standing outside each prison block, translated the officer’s apology.

A former interrogator at Guantánamo, in an interview with The Times, confirmed the accounts of the hunger strikes, including the public expression of regret over the treatment of the Korans.

if i was newsweek, and the state department wanted to blame me for causing riots in afghanistan.

But only a few days earlier, in a briefing on Thursday, Gen. Richard B. Myers, chairman of the Joint Chiefs of Staff, had said that the senior commander in Afghanistan believed the protests had stemmed from that country’s reconciliation process.

and then i’d say how is what we wrote any different than what they wrote?

heres the entirety of what newsweek wrote in their 5/9/05 issue:

interrogators, in an attempt to rattle suspects, flushed a Qur’an down a toilet and led a detainee around with a collar and dog leash. An Army spokesman confirms that 10 Gitmo interrogators have already been disciplined for mistreating prisoners, including one woman who took off her top, rubbed her finger through a detainee’s hair and sat on the detainee’s lap.

(New details of sexual abuse—including an instance in which a female interrogator allegedly wiped her red-stained hand on a detainee’s face, telling him it was her menstrual blood—are also in a new book to be published this week by a former Gitmo translator.)

These findings, expected in an upcoming report by the U.S. Southern Command in Miami, could put former Gitmo commander Maj. Gen. Geoffrey Miller in the hot seat. Two months ago a more senior general, Air Force Lt. Gen. Randall Schmidt, was placed in charge of the SouthCom probe, in part, so Miller could be questioned.

The FBI e-mails indicate that FBI agents quarreled repeatedly with military commanders, including Miller and his predecessor, retired Gen. Michael Dunleavy, over the military’s more aggressive techniques. “Both agreed the bureau has their way of doing business and DOD has their marching orders from the SecDef,” one e-mail stated, referring to Secretary of Defense Donald Rumsfeld. Sources familiar with the SouthCom probe say investigators didn’t find that Miller authorized abusive treatment.

But given the complaints that were being raised, sources say, the report will provoke questions about whether Miller should have known what was happening—and acted to try to prevent it. An Army spokesman declined to comment.

the mistake that newsweek made and continues to make is by giving in after rightfully denying any wrongdoing.

have they learned nothing from big brother bush?

deny everything is so 2005 that if you don’t call bullshit and whine what about the bbc, nyt and wapo, you’ll get accused of being unpatriotic by the instapundit on msnbc.com

and once again i find myself agreeing with the good professor.