asked in the comments if i would once again be highlighting the miss universe pagent?

the miss universe pagent and the busblog go back many years and theres nothing that could change that this year.

except for a bee sting

an infection of dmvlite on my beautiful computer

and some bad news from new york city.

all i know is i need to probably be reading the bible more cuz the man upstairs doesnt seem very happy with me for some reason.

could it be the obviously fallen angel who came over last night while i was dreaming, who looked so young in the blue glow of her cellphone, the only illumination in the room

not a blemish on her

and there she was above me

for not being a victim these things happen

me way more than i go out and make them happen.

knocked on the door

got her up to her room

convinced her of this or that

and closed the sale.

i went to work every day for the last four years, barely was sick a day. i did everything those people asked me to do despite the amount, despite the intensity, despite the reason, and i was let go 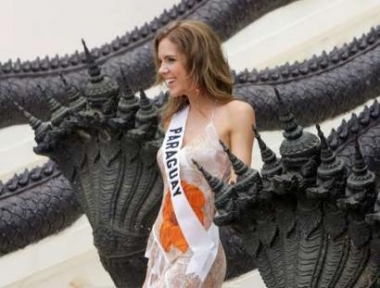 how is it that im getting now irish accents in my ear, red hair in the morning

a faint spritz of freckles

yes the busblog will cover the miss universe pagaent, but its going to be different this time.

one of the things that i learned from bukowski was the ritual of writing.

as much as i didnt like my last job, it provided me with a ritual, a framework, a pattern.

and sometimes i would get to work, read the email, knock out everything, get a bagel from across the street and some orange juice or apple juice and i would see if anything new was in my email box or on my voice mail, id knock that out and id take a 15 minute break to write

what was key about either the morning pre-work entry or the 15-minute break entry was that they both had serious deadlines.

i Had to be finished writing in the morning so i could get to work on time. similarily because i knew my boss wasnt crazy about my blogging, i Knew i had to be done in the requisite time.

all writers need deadlines. the best are the natural ones.

the second time that i would often write would be at lunch. when i worked in closed captioning, that department had a 30 minute lunch, in scheduling i had an hour lunch. when me and danielle were going to lunch every day, guess what, there were no lunch posts.

id write one during my PM 15-minute break. but the funny thing was, it didnt matter if i had a 30 minute lunch or an hour lunch, anything decent that i had to say would usually only take 15 minutes because the bummer about sitting at your desk during lunch is either the phone would ring or someone would stop by your desk or in between bites of burrito you might be dumb enough to check your email and see some fire youd have to put out.

the point is, though, my crazed work schedule totally provided small chunks of time where i could focus on something entirely different than what i was doing during the day, and it provided a climate ideal for writing.

at night at home id do photo essays or longer peices, but they werent much better than the quickie things at lunch.

now that i dont have any deadlines, and because im working on things that i care about, and not things that i have to do, ive noticed a decline in the busblog.

ill do my best to rectify that.

inbetween bouts of being victimized.